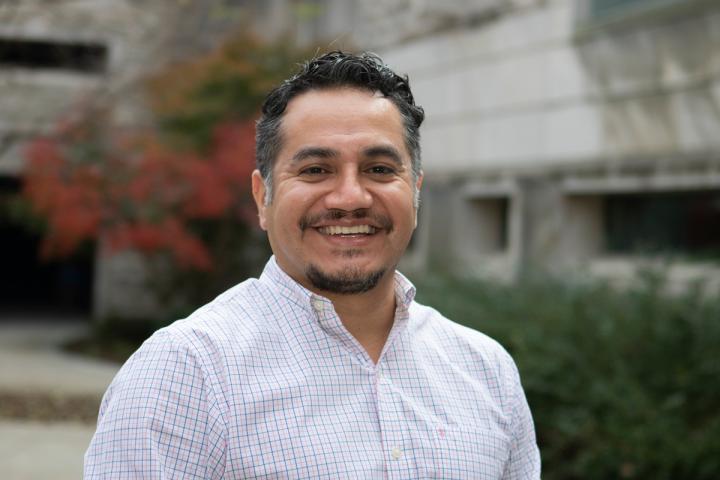 Jessie Mancilla discusses his work as associate director of multicultural affairs and his aspirations for students.

Jessie Mancilla, associate director of multicultural affairs in the ILR Office of Student Services, bases his approach with students on his personal experiences. “I wanted somebody to engage with, someone who would listen to me and provide me resources when I was a student in high school and college.”

He wishes he had a strong relationship with an advisor in college because it would have helped him during his career shift. An adviser would have told Mancilla to go straight to graduate school or law school, instead of obtaining a second bachelor’s degree like he did.

Mancilla considers his role at Cornell to be an academic adviser, particularly with underrepresented students. He wants to help students navigate Cornell not only through academic advising, but also through their goals beyond college. With empathy, Mancilla meets students where they are and works with them in achieving their goals.

Stella Linardi ’22 said that since the start of her ILR career, she has felt welcomed by Mancilla, who she says makes it a priority to welcome undocumented students and students who qualify for the Development Relief Education Act for Alien Minors into the ILR community. “Not only does Jessie advocate for me when I need help with coursework or petitions to the dean of students, but he also continually checks on me to make sure I have enough academic support, guidance for my graduate school applications and course selections, and even food and housing.”

After nearly a decade as a video editor, Mancilla changed career paths when he began studying for a second bachelor's degree in political science while also working at the Winona State University diversity office. Raised in Texas by Latin immigrants, Mancilla said his career shift was influenced by his experience volunteering with a Catholic diocese that served an undocumented population.

Mancilla said in a recent interview that he had always wanted to make social change, but never knew how. At Winona State, he worked with students who were trying to carve a multicultural space, and with administration and students to address minority student concerns. He said he is achieving his goal of creating social change through the conversations and work he did with students at Winona State University, and through the work he does now at Cornell.

He appreciates how MILRSO gives underrepresented students a sense of belonging and ownership in ILR and finds his role to be taking a backseat in watching these students develop into leaders.

The Prefreshman Summer Program, Mancilla said, is a reminder of why he does his job. Mancilla says a highlight of his job is meeting first-year students every summer and watching them grow and prosper. He reflects on students he met through the program who are now studying abroad and who are now in law school.

“It's a reminder every summer whenever I am engaging with new students because it reminds me why I'm here. It's a reminder of how much they will bring to this institution, the potential these students have, but don't know yet. We don't know yet, but we know these great minds will go places. It's wonderful to see.”