Celebrating the 75th Anniversary of the ILR School
Originally published in News. 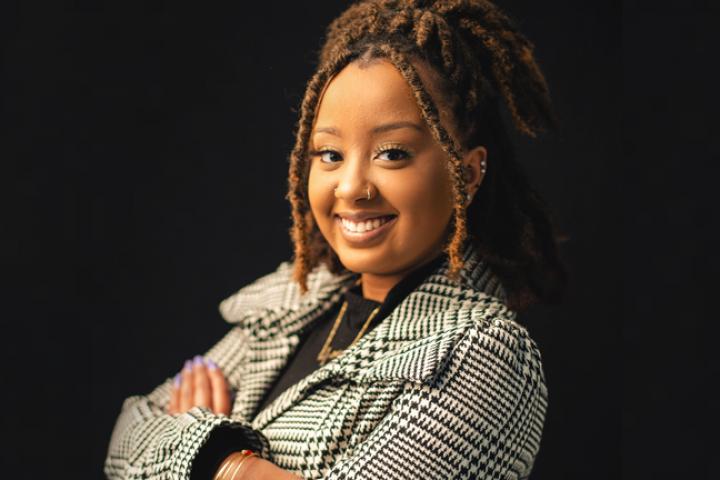 Running on a platform that emphasized creating social change through equity, listening and accessibility to foster a more inclusive environment at Cornell, ILRie Selam Woldai ’23 defeated Miramontes Serrano, 1,247 votes to 1,033 on Monday to earn a spot as Cornell’s next student-elected trustee.

“To win this election means to me that it is possible for people with my identities to be in one of the most significant positions on campus,” said Woldai. “Navigating through a PWI [predominantly white institution], it was very rare for me to see people who look like me or are also a first generation low income student. Achievements like these remind me that although there is an overall lack of representation for the marginalized voices, we can and we will include ourselves in these spaces to further advocate for equity.”

Cornell is one of relatively few institutions in the nation that enable students to directly elect representatives to its highest governing body. The elected Student Trustee is a voting member and full participant on the Board of Trustees serving as a crucial bridge between the student community and those who shape the university's future.

“I was interested in running for this position because I am extremely passionate about improving Cornell for the present and future” Woldai said. “This institution has many amazing aspects, however throughout my time here I have noticed Cornell can benefit from improvement in several areas. My goal is to take advantage of this extremely unique opportunity in order to be the voice for students, especially those of marginalized identities, at these Board meetings to demonstrate our perspectives and foster a community we can be proud to align ourselves with.”

Woldai served on the Student Assembly for the past two years, where she spearheaded several initiatives – including the creation of a resolution that requires class rosters to provide phonetic pronunciations of students’ names along with their preferred pronouns – and gained the experience in shared governance necessary for her new post.

During her time on Student Assembly, Woldai held the positions of vice president of the diversity and inclusion committee and was the minority students’ liaison at-large. She also served as a member of the Appropriations Committee, the Codes and Judicial Committee, the Infrastructure Committee and was the Deputy Speaker and a founding member of the Cornell Student Assembly’s Black Caucus.

“I firmly believe that as students, although difficult, we must learn the balance between working and protecting one's mental health in order to prevent burn out and anxiety,” she wrote on her candidate profile. In the past, she has actively advocated for protecting youth mental health in academic setting and has received recognition for her work from Michelle Obama and Oprah Winfrey.