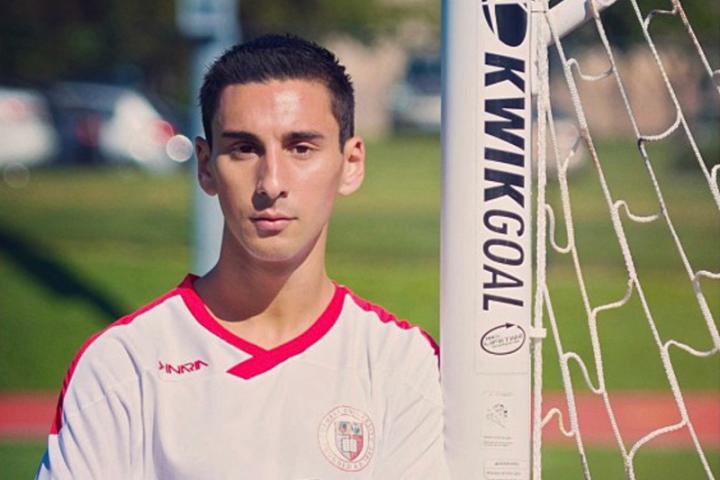 During his time on East Hill, Atticus DeProspo ’15 was a four-time letter winner for the Big Red men’s soccer team, guiding the squad to the 2012 Ivy League title as a starting left midfielder. The following year he took the monumental step of coming out as gay to his teammates and went on to create a chapter of Athlete Ally at Cornell.

Upon graduation, DeProspo was selected as a member of the inaugural class of the Schwarzman Scholars Program, where he earned a master’s degree in Global Affairs at Tsinghua University in Beijing. He went on to receive a master’s degree in criminology at the University of Cambridge as a Gates-Cambridge Scholar and then graduated from The University of Alabama School of Law and now works as a law clerk for a judge on the U.S. Court of Appeals for the Second Circuit.

ILR had a profound impact on me personally and professionally. After coming out as a gay student-athlete, Assistant Professor Beth Livingston and I co-founded a chapter of Athlete Ally at Cornell. I realized that the soccer field was a place of work, where I could apply the diversity and inclusion strategies that human resource managers used in an office setting, to make the Cornell athletic community more welcoming to LGBTQ+ individuals.

Professor Livingston’s “Human Resource Management” course helped me realize that the knowledge and tools I was learning in the classroom were critical to building bridges between the LGBTQ+ community and the athletic community. Martin Scheinman was also an amazing advocate and supporter, who helped me to start Cornell Athlete Ally! My time at ILR continues to provide a solid foundation for my career, as well as my personal development.

How are you making an impact through your experiences?

I continue to use my experiences and training from ILR to make a positive impact in society. For instance, I conducted research and co-authored an article with Professor Stephen Rushin, where we evaluated the procedural protections given to police officers facing disciplinary interrogations about alleged misconduct.

Our article found that state laws and collective bargaining agreements have insulated many police officers from the most successful interrogation techniques. We analyzed a dataset of over 650 police union contracts and 20 state laws that govern the working conditions of a substantial cross-section of large and medium-sized municipal police departments in the United States.

We then conducted a national survey of American law enforcement leaders to evaluate whether these regulations frustrate officer accountability efforts. I would not have been able to assist my co-author in completing this critical project on a very topical issue without my ILR training, especially Professor Griffith’s “Labor & Employment Law”  course.

ILR’s mission is more important now than ever before. With the rise of globalization and technological advancements, the employer-employee relationship is rapidly changing from an in-person work environment to a virtual work environment. I am confident that ILR will continue to prepare leaders who will improve working lives on a national and international scale as the workplace tackles these new challenges over the next 75 years.