UN calls IPCC climate report ‘code red for humanity’ -- how an equitable, resilient, climate jobs movement can save us 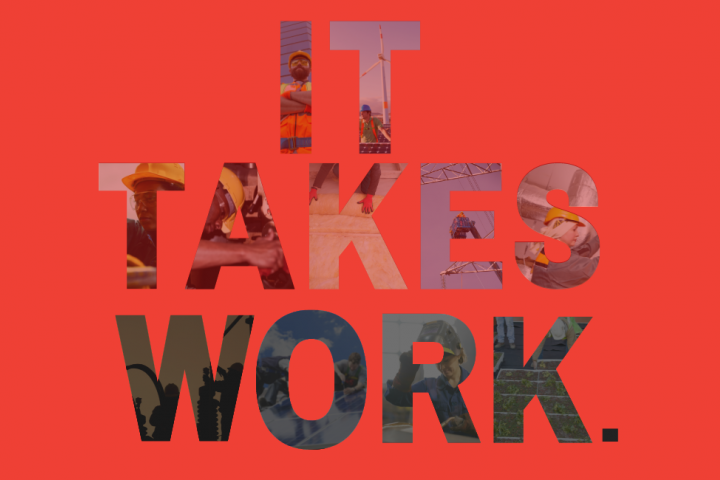 The world’s top climate scientists this month set expectations for a new normal. Every scenario in the latest Intergovernmental Panel on Climate Change (IPCC) report indicates a future with more frequent and extreme weather events. Even warming of 1.5 degrees Celsius  -- once an ambitious global limit now likely to be reached even in the most optimistic scenario -- there will be severe and unprecedented events never before seen in recorded human history.

Human activities -- notably burning fossil fuels and releasing greenhouse gases -- have locked us into warmer, varied conditions that will impact our ability to survive.

And it’s worse than we expected. According to the report, climate change is affecting every region in the world, and “evidence of observed changes in extremes such as heatwaves, heavy precipitation, droughts, and tropical cyclones, and, in particular, their attribution to human influence, has strengthened since the Fifth Assessment Report (AR5).”

But climate change will adversely affect some of us more than others.

Workers are highly susceptible to extremes -- especially those who work outdoors and in warehouses, and climate change threatens to worsen inequalities. Without climate action, workers of color could lose $23 billion dollars in annual earnings within three decades. Women, trans, elderly, people of color, disabled, and undocumented workers are at risk of unethical employment practices, lower wages, reduced mobility, and lost child care resources after extreme events.

Climate change is already causing alarming effects on the US workforce. Nearly 400 workers died of heat-related illness nationwide in the last decade, and worker protections have not caught up. US farmworkers are 20 times more likely to die of heat-related stress, and since nearly half are undocumented, they often face barriers to strong labor standards. People with work directly tied to natural resources are also losing jobs in droves, with over 10,000 jobs lost after the 2015 California drought.

While this new normal and projected future may seem daunting and overwhelming, it actually brings a new kind of clarity and urgency to achieve an equitable, carbon-free and resilient economy. It is also clear that mitigation efforts must be pursued jointly with adaptation efforts to reduce the harmful effects of climate on our communities and protect our most vulnerable workers now.

Addressing climate change at the scale and pace that science demands present one of the greatest challenges humanity has ever faced. This challenge also presents an unprecedented opportunity, especially for workers and their unions. State coalitions of unions have emerged in New York, Texas, Illinois, Rhode Island, Connecticut and other states to advance bold, ambitious plans to tackle climate change and reverse inequality through high-quality, union job creation. While most clean energy jobs today are low-quality, low-wage jobs, strong coalitions with strategic campaigns can help advance strong climate action, ensure new clean energy jobs are high-quality, union jobs, and expand access to these jobs for frontline and disadvantaged communities.

The Worker Institute's Labor Leading on Climate (LLC) Initiative at Cornell University’s ILR School and Climate Jobs National Resource Center (CJNRC) are partners to the climate jobs movement. We provide high-level labor leadership, outreach, training, education and policy support to state union coalitions in an effort to advance high-quality, family-sustaining climate jobs for all.  Most recently, LLC and CJNRC helped identify and develop concrete, jobs-driven strategies that can put Texas on the path to building an equitable, clean energy economy that will tackle the climate crisis and improve working and living conditions for all Texans.

These climate jobs collaborations are growing in momentum and proving that we are stronger together. The Climate Jobs New York Coalition was successful at securing Project Labor Agreements on all offshore wind work and advancing legislation that puts prevailing wage and Project Labor Agreement requirements for construction on renewable projects that are 5MW or larger. Connecticut also just passed into law prevailing wage and benefits for construction, operations and maintenance workers for renewable projects 2MW or greater. These coalitions in NY and Connecticut are the first in the country to be able to pass this kind of legislation. Illinois is also pushing new and groundbreaking labor and climate policies to increase equity and support workers.

At the upcoming 2021 Climate Jobs Summit on September 21st, we intend to grow this movement. The event will unite state Climate Jobs coalitions, labor leaders, union climate activists, environmental and environmental justice advocates, clean-energy developers, policymakers, educators, scientists, and all who want to build the clean-energy economy of tomorrow with good union jobs.