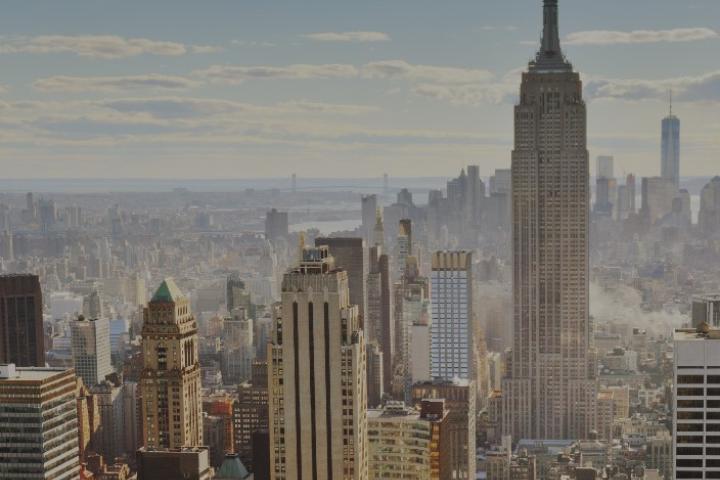 An equitable transition to a net-zero, resilient New York City

New York, NY - Today, the Labor Leading on Climate Team at Cornell’s  ILR School released Climate for Change, A Complete Climate Jobs Roadmap for NYC,  a plan for New York City to fight the climate crisis, make NYC safer and address racial and economic inequity by investing in a pro-worker renewable energy transition. The report was based on policy research and consultations with over 60 unions, academics, policymakers, and environmental leaders that informed the development of high-impact job solutions that can achieve NYC’s climate, equity, and jobs goals.

The report, which finds that New York City’s climate goals are not ambitious enough and that climate work is not happening at scale, outlines a concrete plan for the City to exceed its existing climate goals and create-high quality union careers.

Climate for Change lists recommendations in buildings, energy, transportation, resilience and adaptation and workforce development. One of the core recommendations for buildings calls for the decarbonization of all K-12 public school buildings in NYC to reduce emissions, improve indoor air quality for educators and students, and drive union job creation in frontline communities. The report also outlines priority policy recommendations for the Mayor and City Council to implement over the next several years to make New York City healthier and more climate-friendly, including:

This report is an update of the groundbreaking report, Reversing Inequality, Combating Climate Change: A Climate Jobs Program for New York State (Skinner & Cha, 2017) which was released in 2017 by the Worker Institute at the Cornell ILR School. This report convened New York labor, industry, and environmental leaders for the first time to design strategies for high-quality job creation and reduced emissions. Cornell’s multi-dimensional research, policy and educational process also sparked the formation of Climate Jobs New York (CJNY) – a union-led climate organization that represents over 2.6 million workers and that repositions unions as engines to fight climate change alongside racial and economic inequality.

Today’s report has some exciting new additions from the 2017 report such as:

“In its current state, New York City is unprepared for the extremities that will come with climate change. Whether we look to the extreme storms or rising sea levels and flooding that made their mark on New York City in the past year, the worst is yet to come,” said Lara Skinner, Director of the Labor Leading on Climate Program at the Cornell University ILR School. “Not only does New York City lack climate resiliency, but it also experiences some of the highest levels of income inequality in the country with low wage workers and communities of color bearing the brunt of climate change’s impacts. With the new Mayor Eric Adams, and an almost entirely new City Council, New York City has the opportunity to lead the world in building a diverse, inclusive and equitable clean energy economy that beats back the worst impacts of climate change.”

“This report provides practical solutions to help us get to net-zero emissions and create over 1 million community-sustaining jobs for New Yorkers who need them most,'' added Anita Raman, Research and Policy Associate Labor Leading on Climate Program, research lead and co-author of the Cornell University report. “And NYC can start today. With billions of existing dollars going to NYC from the federal infrastructure act, emerging state funds for renewable energy, and a new City leadership willing to make strong financial commitments, there is a huge opportunity to create unprecedented climate job creation and establish NYC as a climate leader to the world.”

“Mitigating and adapting to climate change is going to take a lot of work. We need to ensure we invest directly into solutions that drive equity and uplift workers on the ground. It is critical to not only invest in solutions but also invest in training and directly into strengthening the climate workforce.” said Avalon Hoek Spaans, Research and Policy Associate Labor Leading on Climate Program, design lead and co-author of the Cornell University report. “Climate change is a tipping point but it is also our opportunity to build a better future for all of us.”