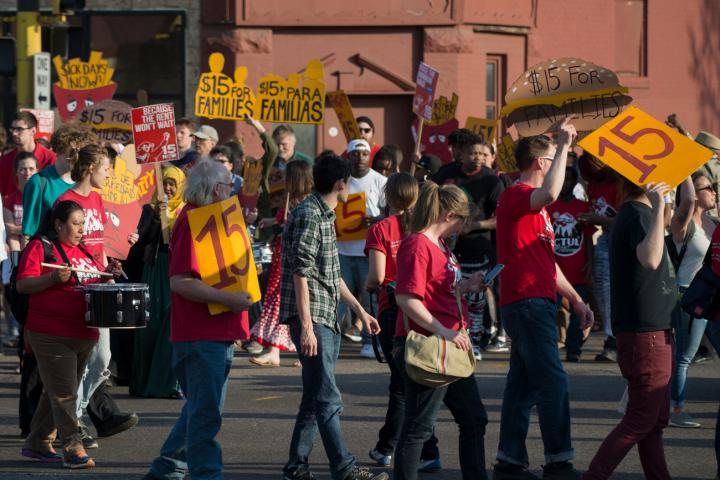 As the fight to raise the minimum wage gains momentum with wins in New York and California, Associate Professor Shannon Gleeson cautions that a higher minimum wage alone would not solve the issues that low-wage workers face. That’s because wage theft and other workplace violations are rampant in low-wage industries, and the mechanisms to address these challenges are weak, as Gleeson explains in her recent piece in US News & World Report.

Gleeson believes that low-wage workers often struggle to realize new and existing rights due to inadequate government oversight and unequal access to the legal protections. She also highlights the limits of individualized forms of worker protections.  She cites existing research to suggest that solutions such as local laws that put pressure on noncompliant employers, improved funding for enforcement agencies, and increased investment in worker advocacy and organizing will be crucial for lifting low-wage workers.

To read the full article, visit US News & World Report.

Shannon Gleeson is a leading scholar on the topic of enforcement of worker protections, particularly as they impact low-wage and immigrant workers. Her book, Conflicting Commitments: The Politics of Enforcing Immigrant Worker Rights in San Jose and Houston was published in 2012 by Cornell University Press. Her latest book, Precarious Claims: The Promise and Failure of Workplace Protections in the United States is forthcoming with the University of California Press. She is a contributor and editor for The Worker Institute’s Mobilizing Against Inequality website.