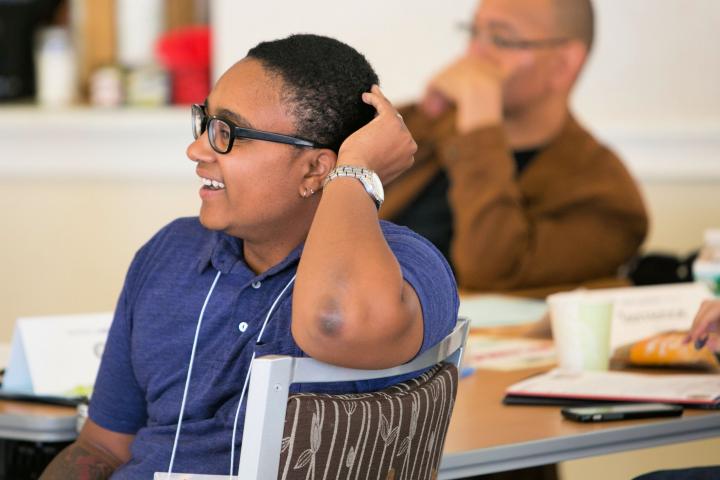 Among a generation of young leaders in the labor movement, Erica Smiley stands out. Smiley currently works as the Co-Executive Director of Jobs with Justice, a grassroots organization fighting for collective bargaining rights, job security, and a decent standard of living for every worker in an economy that works for all.

“Jobs With Justice is a national network of community-labor coalitions seeking to expand the number of people who can collectively bargain as well as the platforms through which we can do so,” says Smiley.

"If an innovation makes work more flexible, working people should benefit from that flexibility to negotiate more time with their families and engaging in civic activities."

Since gaining her first leadership position in Jobs with Justice in 2005, Smiley has been part of a series of gains expanding collective bargaining power. One of the first organizing efforts Smiley took part in was securing union representation at UFCW, the world’s largest pork processing plant. Located in North Carolina, a notable right-to-work state, this was a massive 14-year campaign, which ended in a significant win for the dignity, health, and organizing rights of workers. “The most rewarding thing was the workers winning union recognition and a contract after nearly 2 decades of organizing,” says Smiley. “It was such a joy to be able to launch the strengths of our network into a corporate campaign that externally supported what workers were doing inside the plant.” 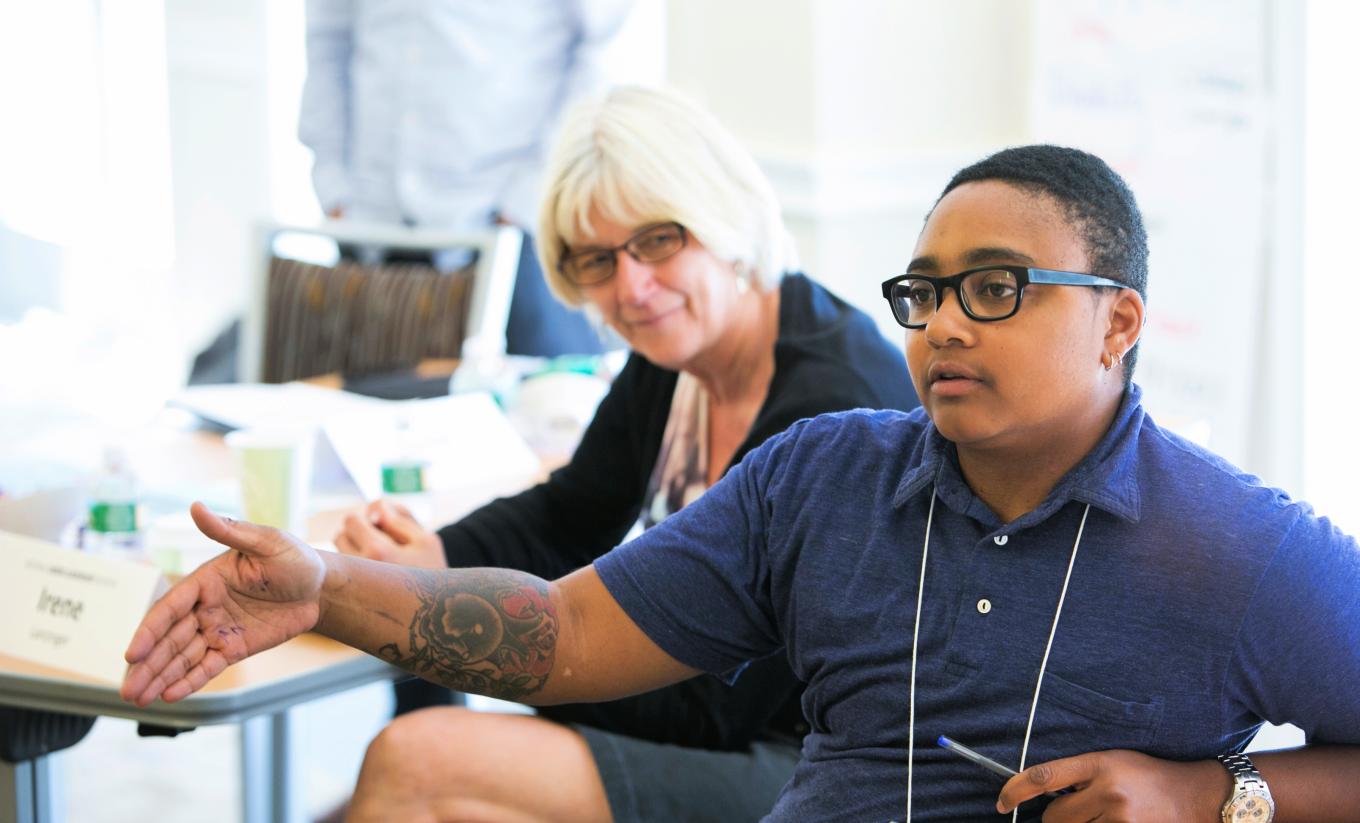 In 2016, Erica Smiley graduated from the National Labor Leadership Initiative (NLLI), an intensive year-long leadership development program aimed at creating a community of labor leaders equipped to face the challenges of today’s rapidly changing world. Launched in the fall of 2013, the NLLI grew out of a partnership between the AFL-CIO, The Worker Institute at Cornell, and top labor educators from Harvard, Rutgers, Berkeley, Oregon, UALE, University of Illinois – Urbana-Champaign, and the Rockwood Leadership Institute. The Institute is dedicated to creating a community of leaders who strengthen and transform the organizations they lead, and who can build a broad progressive movement that empowers working people.

“[I remember] the discussion we had on the choice points during the third week of NLLI. The small choices we make when identifying organizing targets, defining the bargaining unit, and outlining potential contract demands have implications long after the current efforts are complete. Minor adjustments to how we set up campaigns today can go a really long way in shaping the frameworks for collective bargaining in the future,” says Smiley. “Part of what we [at Jobs with Justice] are in the midst of navigating is how do we set up our current strategies and bargaining demands to lead to the kind of future struggle that will allow more working people to organize and bargain collectively, and to do so in many different ways given changes in the global economy? This means that at every level of our organization and national staff teams, individuals have oriented more to a framework of experimentation, constantly testing and analyzing if or how our campaign strategies get us closer to more people organizing and collectively bargaining while also setting new precedents for where and how that happens.”

With an impressive history of work with Progressive Maryland, Tenants and Workers United, Service Employees International Union Local 500, and Young Communist League USA, Smiley has shown her dedication to labor causes and other social issues within the local, regional, and national context. Smiley’s work as a campaign coordinator and field director of URGE (previously called Choice USA) shows her intersectional perspective of labor, one that considers the role of socioeconomic status, as well as gender. Much of Smiley's work at URGE focused on ensuring that low-income women had access to reproductive health options that would otherwise be unavailable to them.

Such a background in women’s rights, racial empowerment, political activism, and local organizing have made Smiley the quintessential leader for inclusivity and diversity, and a labor movement that leaves no person marginalized. Her current work is helping to make significant gains in a world where employers are increasingly hiring workers as contractors rather than employees with significant impact on all workers.

“The only thing new about this is how successful gig companies have been at misclassifying workers – excluding them from the labor protections traditional employees would have. So successful, in fact, that more companies outside the gig economy are introducing gig-like practices into their own business model to cut the costs associated with a well-organized, fairly compensated workforce,” says Smiley. “Behind modern images of gig workers, we would actually find the women who today, as staffing company employees, clean the exact same number of hotel rooms that they cleaned yesterday as Hyatt employees, just with less pay, less control of their hours and less ability to come together and negotiate the terms of their work.”

“If improved infrastructure is increasing productivity, the benefits should be shared by workers and our communities instead of only executives at the top,” continues Smiley. “Workers should benefit with more paid vacation, shorter work hours with the same or higher annual pay, and training to support the next set of innovations. If an innovation makes work more flexible, working people should benefit from that flexibility to negotiate more time with their families and engaging in civic activities. Again, accomplishing this simply requires gig workers to be able to negotiate with this new generation of companies.”

The labor movement, like most social movements, has experienced bouts of exclusivity and marginalization throughout its history and is facing new and significant challenges in today’s rapidly changing economy. Erica Smiley, a black, female communist, is at the forefront of one of the largest grassroots organizations seeking to advance worker’s bargaining power. Leaders like her represent a new labor movement, focused on today’s issues, unafraid to experiment, serving a diverse population of workers, and fighting for everyone.