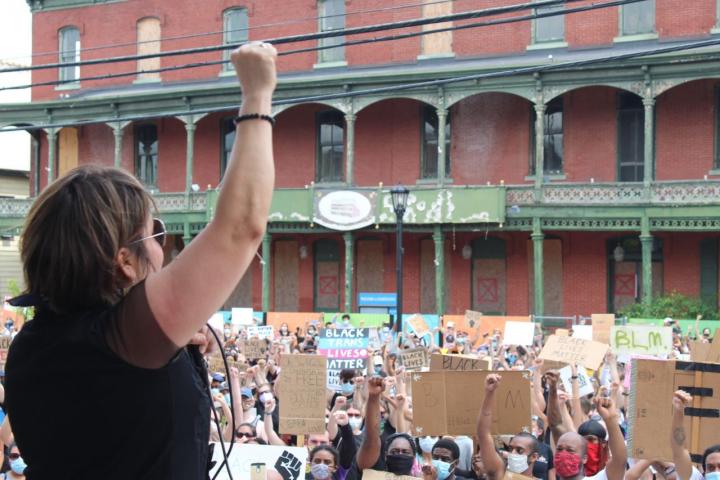 You can read the full article in the Star Ledger as it was published on July 14.

After a rally this weekend, a high-school student asked me to help her find the words to explain to her family why as Latinos, we need to stand up for #BlackLivesMatter.

I attended the #BlackLivesMatter rally in my county simply to stand up and fight for the ideals of the country that my immigrant parents believed in; the idea of America as the land of opportunity and the land of justice for all.

But throughout history, this dream of equality has been fought for and defended by every generation of Americans. It is now our turn to stand up and fight for justice for Black lives, because if this society continues to treat them as expendable, the lives of my U.S. born American children, are also expendable.

As an immigrant activist and labor educator, I have learned that the greatest tool for creating solidarity among immigrant and native workers has always been figuring out how to make connections between our mutual history of struggles for equality and our present fights for economic survival. Our movement for immigrant worker justice is a struggle to reclaim the humanity of immigrant workers in a capitalist economy that thrives on dividing workers by race and nationality. America after all is an experiment in unfettered capitalism and that experiment has been successful because it was built on the forced and free labor of African slaves.

Read the rest in the Star Ledger.