The Worker Institute brings together researchers, educators and students with practitioners in labor, business and policymaking to address issues related to confronting systemic inequality and building a fair economy, robust democracy and just society. We will share opinion, analysis, research, data, insights and training from our faculty and staff.
Originally published in News.

What’s Ahead for Teachers? 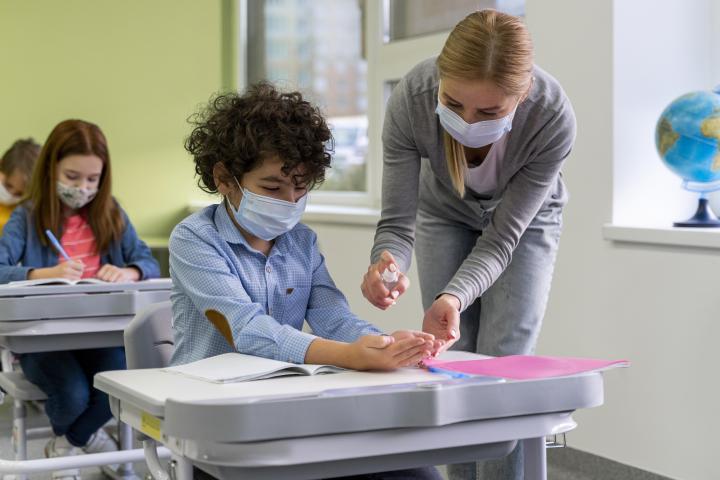 One of the nation’s most influential labor leaders, American Federation of Teachers President Randi Weingarten ’80, meets Thursday with ILR Dean Alex Colvin to discuss “One Year Later, What’s Ahead for Teachers?”

Part of ILR’s eCornell series entitled “The Future of Work: Labor in America,” the event is free and open to the public.

Register here for “One Year Later, What’s Ahead for Teachers,” which will be held from 3:30 to 4:30 ET on Thursday.

The first in the ILR “Future of Work” series was “Unionization in Big Tech: Why Now?” and is accessible by completing the form in this link.

After this Thursday’s event, the next in the series will be a May 10 keynote with Colvin, Thomas Perez, labor secretary in the Obama administration and former Democratic National Committee chair, and Cathy Creighton, director of ILR’s Buffalo Co-Lab. The keynote begins at 2:30 p.m. ET.

On Thursday, Weingarten and Colvin will discuss three areas:

Weingarten is the president of the American Federation of Teachers, AFL-CIO, a union of 1.7 million teachers; paraprofessionals and school-related personnel; higher education faculty and staff; nurses and other healthcare professionals; local, state and federal government employees; and early childhood educators.

Before her election as president in 2008, Weingarten served for 11 years as president of the United Federation of Teachers, AFT Local 2, representing approximately 200,000 educators in the New York City public school system, as well as home child care providers and other workers in health, law and education.

Weingarten was included in Washingtonian’s 2021 Washington’s Most Influential People, and in 2013 the New York Observer named her one of the most influential New Yorkers of the past 25 years. Weingarten graduated from the ILR School and the Cardozo School of Law.

His research and teaching focuses on employment dispute resolution, with a particular emphasis on procedures in non-union workplaces and the impact of the legal environment on organizations. His current research projects include empirical investigations of employment arbitration and cross-national analysis of labor law and dispute resolution. Colvin is the co-author of “An Introduction to U.S. Collective Bargaining and Labor Relations” (with T. Kochan and H. Katz) and of “Arbitration Law” (with K. Stone and R. Bales).

Dean Colvin received his J.D. in 1992 from the University of Toronto and his Ph.D. in 1999 from the ILR School. He received the 2003 Outstanding Young Scholar Award from the Industrial Relations Research Association and the 2000 Best Dissertation Award from the association for his dissertation, “Citizens and Citadels: Dispute Resolution.” Colvin taught at Penn State University from 1999 to 2008.