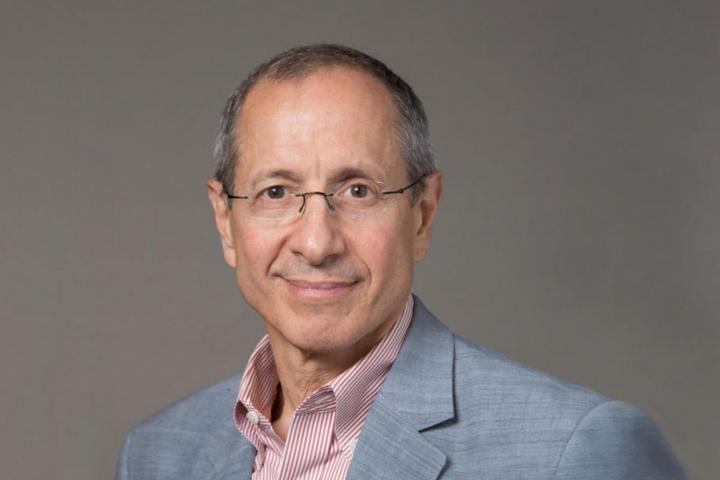 Jeff Grabelsky, Associate Director of The Worker Institute at Cornell, authored this piece ahead of the announcement that Labor Secretary nominee Andrew Puzder was withdrawing from consideration after mounting pressure from the labor movement and worker advocates. In addition to this Op-Ed, written prior to the announcement, Worker Institute faculty Maria Figueroa and Dania Rajendra have also released statements in response to the latest announcement via the Cornell Media Relations Office.

Jeff Grabelsky, Associate Director of The Worker Institute at Cornell

On January 20, 2017, Donald Trump delivered an inaugural address that conveyed the populist message that characterized his campaign and contributed to his electoral college victory.  He railed against the political establishment that “For too long . . . has reaped the rewards of government while the people have borne the cost.”  “Washington flourished,” he proclaimed, “but the people did not share in its wealth.”  As he assembles an elite cabinet of billionaires and millionaires that resembles a Wall Street executive retreat, few nominations more revealingly expose the false promise of Trump’s faux populism than Andrew Puzder’s for Secretary of Labor.

The mission of the Department of Labor is “to foster, promote, and develop the welfare of the wage earners of the United States, to improve their working conditions, and to advance their opportunities for profitable employment.” A careful examination of Puzder’s record as the CEO of CKE Restaurants, the parent company of Carl’s Jr. and Hardee’s fast-food chains, demonstrates how fundamentally unsuited he is to be America’s Labor Secretary.  This is one more example of Trump finding the slyest fox to guard an important chicken coop.

Andrew Puzder has been an outspoken critic and frequent violator of the very rules and regulations that the Labor Department is charged with enforcing that are designed to protect workers from the kinds of unscrupulous business practices that are rampant in Puzder’s fast food industry.  In fact, his company’s success is based on paying workers low wages and cutting corners at their expense and often in violation of the law.

His restaurants have repeatedly been named in class action lawsuits alleging violations of labor laws, like the failure to pay his managers legally required overtime.  In 2014, he complained that his company was forced to pay $20 million in overtime lawsuits filed by his California employees.  In 60% of the wage and hour investigations initiated against Puzder’s businesses, they were found to have violated the law.  Appointing a labor law violator to enforce the nation’s labor laws would ignore obvious conflicts of interest and be an insult to America’s workers.

Puzder’s contempt for the role of government in protecting workers – which he regards as a threat to his liberty as an employer – is especially alarming given the fact that almost 5,000 workers are tragically killed on the job every year.  Before the Occupational Safety and Health Administration was established by the Nixon administration over 40 years ago the annual number of workplace deaths was 14,000!  One of the Department of Labor’s most important responsibilities is the enforcement of OSHA.  While more needs to be done, OSHA has helped to reduce preventable workplace injuries and deaths.  It should be noted that in 57% of the workplace safety complaints against Puzder’s businesses, they were found to have violated legally established protections.  Allowing someone like Andrew Puzder to become Labor Secretary is a matter of life and death for American workers.

Puzder has demonstrated an equally disturbing disdain for workers.  He regards their rights and welfare as an inconvenience and has imagined replacing his employees with robots as one way to cut labor costs and escape legal obligations.  He told Business Insider that machines are “always polite, they always upsell, they never take a vacation, they never show up late, there's never a slip-and-fall, or an age, sex, or race discrimination case.”  How does that view square with the Labor Department’s core mission of elevating the conditions of America’s workers and advancing their opportunities for profitable employment?

At a time when we need to promote policies to reverse the long-term trend of wage stagnation and reduce growing economic inequality, Andrew Puzder stands in the way and is out of touch with the majority of Americans.  He has continually opposed meaningful increases in the minimum wage, falsely arguing that such raises will diminish employment opportunities.  This view runs counter to the sentiment of American voters who have consistently endorsed increases in the minimum wage, including here in New York state.  It is not surprising that a man who makes more in a day than minimum wage earners make in a year would be insensitive to the plight of those workers.

And, given Trump’s other Cabinet picks, it is not surprising that this minority president would nominate such a man to run our Department of Labor.  But, it is sadly ironic.  Many factors help explain how Trump won an electoral college victory.  One factor that should not be ignored was Trump’s clever populist appeal to disaffected white workers who have been displaced by globalization, disappointed by an economic system that has left them behind, and exasperated by a political system they regard as rigged.  If Andrew Puzder is confirmed as Secretary of Labor, these workers – and, millions more – will feel the sting of Trump’s faux populism and the hypocrisy of his false promises.