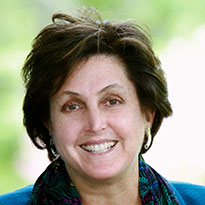 President and CEO of the Fair Labor Association (FLA)

Sharon joined the FLA after serving as Vice President for Public Policy and Advocacy at the International Rescue Committee (IRC), where she advocated for refugee rights and led a global team based in Africa, the Middle East, Brussels, Geneva, London, New York, and Washington.  As Deputy to the Undersecretary of State for Civilian Security, Democracy and Human Rights in the Obama State Department, she worked extensively on international labor, human trafficking, refugee rights and other human security issues.

She provided oversight of five Bureaus and two Ambassadorial offices, including the Bureau of Democracy, Human Rights and Labor, and the Office to Combat Trafficking in Persons.  For more than a decade, she served as Senior National Security Advisor to U.S. Senator Edward Kennedy (D-MA).

Earlier in her career, she served as Associate Staff to the Senate Appropriations Committee and developed funding strategies for development and foreign assistance programs. Sharon has served on the Board of the US Global Leadership Coalition, which includes members of the business, development, humanitarian and defense communities, and is a member of the Council on Foreign Relations. She is a senior associate with the Project on Prosperity and Development at the Center for Strategic and International Studies and a fellow at the Foreign Policy Institute of the Johns Hopkins University's School of Advanced International Studies, where she received her Masters of International Public Policy.  She received her B.A. from the University of California, Berkeley.