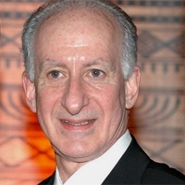 Bruce Raynor has had a 38-year career as one of the most respected labor leaders in America. He served as President of the garment workers union UNITE, and UNITE HERE, the merger between the national garment union and the hotel and casino union. He served as the Vice President of the AFL-CIO and was a founding member of Change To Win, a separate labor federation of some 6,000,000 workers.

Raynor has been nationally recognized for his negotiating and organizing work throughout his career, usually with particular emphasis on the 20 years he headed his unions’ highly successful Southern organizing programs. He forged mutually productive partnerships between large corporations and his union in the retail, clothing, textile industrial laundry, and hotel and food service industries.

Raynor was the longtime Chairman of several union-affiliated national pension and insurance funds with some three billion dollars in assets and has had a seminal leadership role in advancing pension fund investment in private equity and hedge funds. He served two terms as co-chair of the Council of Institutional Investors, the largest organization of corporate, public and union pension funds in the country, representing three trillion dollars in assets. Raynor served for 10 years as chairman of the 4.5 billion dollar Amalgamated Bank, the only union owned bank in America. He was also chairman of Amalgamated Life Insurance Company for fifteen years; a union owned insurance company that has enjoyed an AM BEST “A” rating for the last 30 years.

Bruce Raynor graduated from the Cornell University School of Industrial and Labor Relations in 1972. As a member of The Cornell University Board of Trustees since 1988, he is one of its longest serving trustees. He received the Groat Award for Distinguished Alumni from the Cornell ILR School in 1999. Raynor serves on the boards of numerous social justice and civil rights organizations and is President of the Sidney Hillman Foundation, an organization that has been encouraging and rewarding socially responsible journalism since 1950.

Raynor is the Principal of the consulting firm R&S Associates, LLC based in New York City. He works with financial organizations on labor friendly policies and advises unions on capital strategies and organizing campaigns.