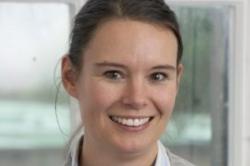 LDI professor Michele Belot has been elected President of the European Association of Labour Economists. The appointment is for three years.