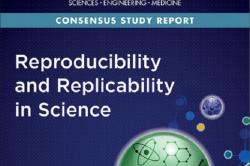 The conversation about this report and this vital topic continues in a recently published, special, twelve-article feature in issue 2:4 of the Harvard Data Science Review (HDSR).Guest edited by Victoria Stodden (University of Illinois, Urbana-Champaign), the special theme collection presents research and commentary from an interdisciplinary group of scholars and professionals. Articles include:

The editors hope to take advantage of the collaborative features available on the open-source publishing platform, PubPub, where HDSR is hosted. Readers around the world can freely read, annotate, and comment on the essays—continuing this important conversation