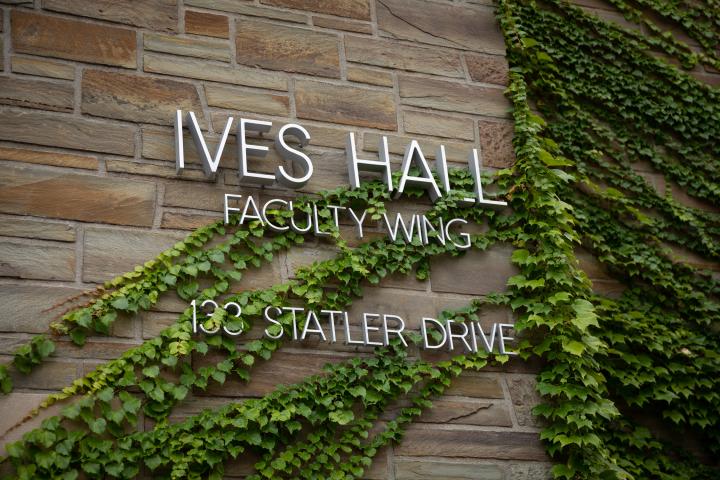 Their impact on research and the work of colleagues and students was highlighted when five members of ILR’s second generation of faculty were honored Monday at an event in King-Shaw Hall.

Heartfelt tributes by current and former faculty, and from the professors themselves, drew applause, laughter and a few tears as their 211 years of service to the school were recounted.

Since June 201, he has served as associate director for research and methodology and chief scientist at the U.S. Census Bureau, where he leads a directorate of research centers, each devoted to domains of investigation important to the future of social and economic statistics.

He also was director of the Cornell Higher Education Research Institute.

Tove Helland Hammer, a professor emeritus in the Department of Organizational Behavior.

After joining the Cornell faculty in 1974, Hammer's research moved from a focus on leadership and management to a long-term project on the performance effects of employee stock ownership, worker buyouts, and forms of labor-management collaboration, including employee representation on corporate boards of directors.

Hammer served for many years as the editor of the ILR Review. Her current research includes large-scale field studies on the health effects of the physical and psycho-social work environment.

Robert Hutchens, a professor emeritus in the Department of Economics. His teaching focused on labor economics and on the economics of government tax and transfer programs.

His early research dealt with the economics of government transfer programs, with an emphasis on Social Security, unemployment insurance and Aid to Families with Dependent Children.

More recently, his research has concentrated on the labor market for older workers with a particular emphasis on employer policies toward phased retirement. Between 2008 and 2016, he was the director of the Cornell in Washington Program.

As associate director of the ILR School's R. Brinkley Smithers Institute for Alcohol-Related Workplace Studies, he conducted research on substance abuse and the workplace and on education programs for labor and management. He also served as the ILR Director of Graduate Studies from 2005 until 2015.