The Economist has published a story on data confidentiality and privacy 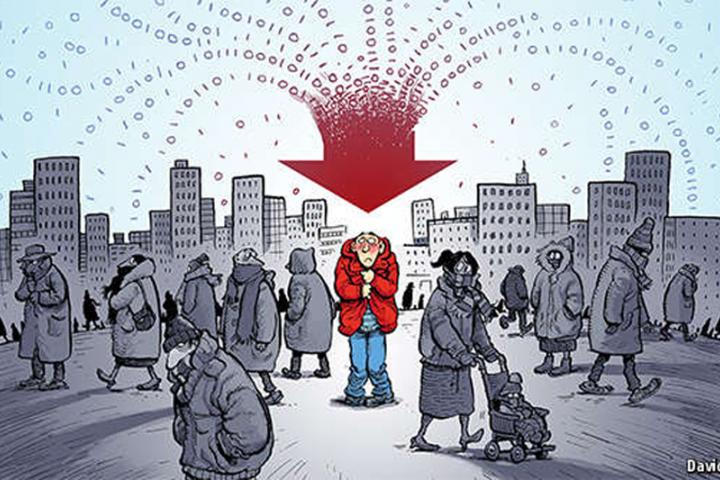 The Economist has published a story on data confidentiality and privacy that references work which LDI directors Abowd and Vilhuber, together with collaborators at Cornell and elsewhere, have contributed to. To read the Economist story see http://www.economist.com/news/science-and-technology/21660966-can-big-databases-be-kept-both-anonymous-and-useful-well-see-you-anon.

Abowd, Ian Schmutte (University of Georgia), and Vilhuber, who are jointly recipients of a Alfed P. Sloan Foundation grant on privacy and confidentiality, added the following comments:

The story mentions "Census Bureau has used differential privacy in the past for gathering commuters’ data. ". In fact, the Census Bureau has used differential privacy to protect and then publish data already collected. The methodology, developed by Cornell researchers, is "Privacy: Theory meets Practice on the Map" (Published 2008, http://dl.acm.org/citation.cfm?id=1547184). Data using this privacy protection mechanism and subsequent enhancements are released regularly at http://lehd.ces.census.gov/data/#lodes and underly the dynamic visualizations of the Census Bureau's OnTheMap visualization (http://onthemap.ces.census.gov/).

Furthermore, fully homomorphic encryption (FHE) does not, per se, protect confidentiality. For example, a researcher (or nefarious intruder) can compute a regression coefficient on a category with one member, and thus obtain results that breach privacy. Nothing in FHE prevents this from happening.

More information on the Labor Dynamics Institute's activity in this field can be found on our research page at http://www.ilr.cornell.edu/labor-dynamics-institute/research.