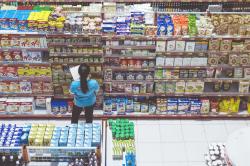 NEW YORK–– A new report released today by researchers from the Worker Institute at Cornell University’s ILR School found that 10.9 percent of New York residents—12.2 percent of women and 9.5 percent of men—report having experienced quid pro quo workplace sexual harassment at some point in their careers, which translates to more than 1.7 million people across the state. The release comes soon after New York State’s deadline for employers to train employees on preventing sexual harassment.

Given the prevalence of workplace sexual harassment, the authors suggest treating it as an embedded structural problem rather than a matter of “a few bad apples” solvable by punishing individual culprits. The report recommends organizing and policy approaches that are survivor-led, go beyond redress to promote prevention, and foster high-road practices that rise above basic legal compliance.

In addition to sharing the survey findings, the report discusses experiences and responses of survivors and how they are shaped by different identities and relations of power. It highlights black women’s leadership in propelling wide-reaching shifts in law and culture; efforts initiated by diverse survivors to effect change in specific industries; and culture change work engaging men and women as allies.

“We’re at a potential tipping point with renewed commitment to stronger accountability in the world of work, using law, policy, collective bargaining, creative organizing and community-based responses,” said KC Wagner of the Worker Institute, a report author who has specialized in promoting workplace inclusion and preventing sexual harassment and other forms of gender-based violence for over 30 years. “But to make real change, workplace sexual harassment can’t be treated as a narrow issue separated from other forms of discrimination and inequity—we need to work across silos and have survivors at the center of innovating responses that advance culture change in the workplace and our communities.”

The research also found that more than 83.4 percent of New York residents think “elected officials and business, union, and other community leaders in New York State should do more to address problems of workplace sexual harassment and violence.” Strong majorities hold this view across different demographic groups and regions and most also support leaders taking action regardless of party affiliation.

About The Worker Institute

The Worker Institute at Cornell engages in research and education on contemporary labor issues, to generate innovative thinking and solutions to problems related to work, economy and society. The institute brings together researchers, educators and students with practitioners in labor, business and policymaking to confront growing economic and social inequalities, in the interests of working people and their families. A core value of the Worker Institute is that collective representation and workers' rights are vital to a fair economy, robust democracy and just society.

Comments in Advance of the Report Release

“Quid pro quo sexual harassment is rooted in power dynamics that heavily rely on gender and racial inequality, and ultimately put women and people of color at greater risk of harm. The report conducted by the Worker Institute at Cornell University’s ILR School reveals the dark reality of how pervasive workplace sexual harassment is and the impact it has on millions of New Yorkers. We must engage in thoughtful dialogue across working sectors and institutions that center the voices of survivors, and cultivate substantial systems for holding perpetrators accountable. This is a problem that has been cemented into our culture and will require a systemic overhaul if we are to prevent future victims.”

“This is an incredibly path-breaking report that demonstrates the collaborative voices, efforts, and grassroots organizing of the community and survivors on an issue that deserve a breaking of silence and continued work to end both systemic and institutional contributive factors. The report demonstrates the ways research can be a leading agent in a charge and call to action, that impacts our very lives and material conditions. This report is everyone's business and should be seen as a world-shaping priority for us all."

—Carmelyn Malalis, Chair and Commissioner of the NYC Commission on Human Rights

“This report shows that workplace sexual harassment is a deeply entrenched problem and helps to frame the issue within a broader spectrum of sexual and gender-based violence. It illuminates the leadership of women of color in advancing relevant legal and cultural changes and stresses the need for survivor-led approaches in charting the way forward. Highlighting strategies that could be useful across a range of sectors where workers lack basic protections, the report will be an invaluable resource for advocates, organizers, and policymakers.”

“The Worker Institute at Cornell University’s ILR School report correctly identifies one of the root causes of sexual harassment and discrimination as the imbalance of power in the workplace.  We applaud the report's authors for recognizing that unionization can and should be a part of the solution.  Unions not only help equalize that power imbalance by giving workers a voice in the workplace, but can create collectively bargained for, industry-specific solutions that not only address harassment after it occurs, but prevent it from occurring in the first instance.”

“Governor Cuomo’s reforms to combat sexual harassment in the workplace are game-changers. Under his leadership, New York has set a national standard for the rights of workers, but we can always do more. I commend the Worker’s Institute for digging into this issue and adding their important voice to this vital conversation.”

“To change a hostile work environment, we have to transform workplace culture. This is necessary when, as this report discusses, women and men are treated differently, and people of color, especially women of color, are treated differently than their white counterparts. Ending this widespread toxicity and harm will require stronger accountability practices, and it will require men to take on their part in changing workplace culture. Close your eyes for a moment and imagine a workplace with no sexual harassment — where workers can thrive and create. New York state can be the model for this healthy workplace culture.”

“Sexual harassment in the modeling industry is pervasive and well-known, but companies have not yet taken meaningful steps to address the problem, much less work towards prevention. That is why models are calling on agencies, publishers, and fashion brands to join the RESPECT Program, a legally binding agreement to foster an environment of genuine accountability. This report underscores the need for strategies aimed at prevention and highlights a range of promising approaches that promote such accountability.”