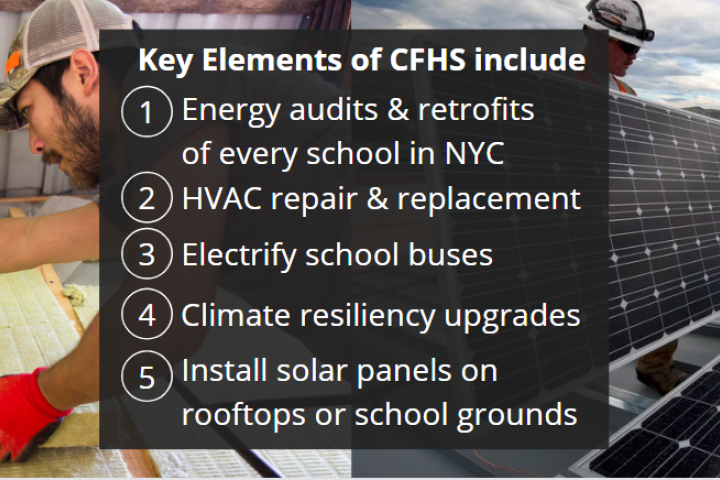 Worker Institute Extension Associate Zach Cunningham worked with Climate Jobs NY’s Tory Kaso to deliver the training to members of several different unions, including UFT, AFSCME DC37, & PSC-CUNY.  Participants discussed the various infrastructure improvements needed in their schools.  For example, the average year of construction for NYC schools is 1952, and the American Society of Engineers gave American school infrastructure a “D+” in its latest report card.

Facilitators also presented key elements of the Carbon Free & Healthy Schools campaign and how it can help solve some of the issues participants raised.  To close the workshop, participants learned different ways they can get involved in the campaign, including writing letters to the editor of local newspapers and sending messages to their elected city council representatives.

To date, over 20 members have attended training sessions on this topic. The coalition plans to hold additional trainings for union members throughout the NYC budget cycle.  To learn more about the campaign, visit https://www.carbonfreehealthyschoolsnyc.org/