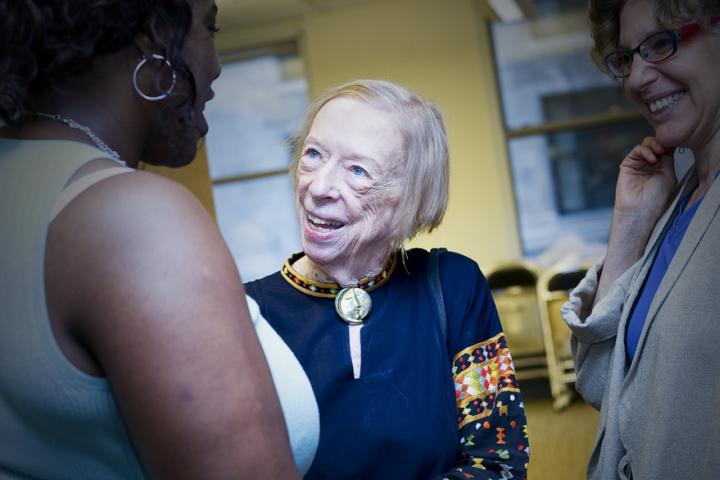 Administrative policies are rarely considered in discussions about how unions have changed and adapted to new challenges. The article’s insights are based on the results of surveys of American unions conducted in 1990, 2000, and 2010. The findings suggest that unions have increasingly implemented formal systems of budgeting, strategic planning and HR policies– and have benefited substantially as a result.

You can read the full article, Evolution of administrative practices in American unions: results from a 20-year study, on the Monthly Labor Review website.

The analysis was authored in collaboration with Paul F. Clark ’79 and Paul Whitehead at the School of Labor and Employment Relations at Penn State. Clark is a former student of Gray and graduated from the ILR school in 1979. In 2013, Clark nominated and presented Gray with a Lifetime Achievement Award from the United Association of Labor Education.

AFL-CIO Secretary-Treasurer Elizabeth Shuler and the secretary-treasurers and staff of the national unions for provided extensive data for this study.