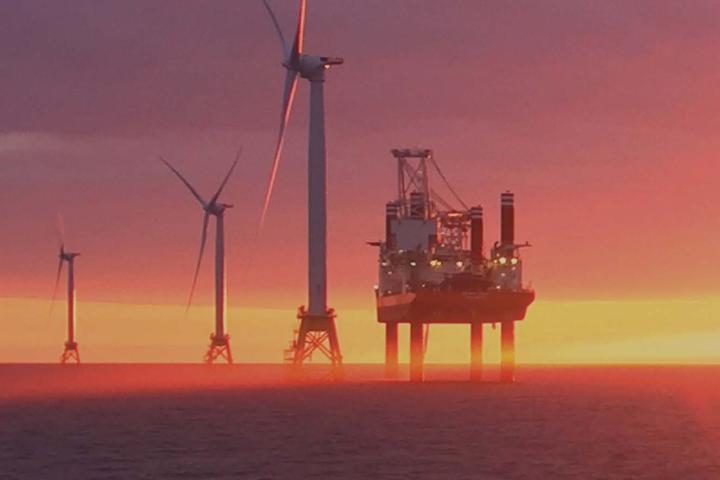 NATIONWIDE — A new report released today by climate and labor experts at Cornell University in collaboration with the Climate Jobs Rhode Island Coalition outlines a comprehensive climate jobs action plan to put Rhode Island on the path to building an equitable and resilient clean-energy economy.

The report lays out a series of wide-ranging policy recommendations to transition the Ocean State’s building, school, energy, transportation, and adaptation sectors to renewable energy with the strongest labor and equity standards. Core provisions of the plan include decarbonizing the state’s K-12 public school buildings, installing 900 MW of solar energy statewide, 1,300 MW of offshore wind energy, and modernizing the state’s electrical grid by 2030.

“Rhode Island is in a unique position as a state, in 2019 it had the lowest energy consumption per capita across all the United States. Rhode Island can use climate change as an opportunity to eliminate carbon emissions, increase equity, and create high-quality jobs that support working families and frontline communities,” says Avalon Hoek Spaans, Research and Policy Development Extension Associate for the Labor Leading on Climate Initiative at the Worker Institute, Cornell ILR School and one of the authors of the report.

Over the past year, the Labor Leading on Climate team has conducted outreach to numerous leaders of the labor and environmental movements as well as policymakers and experts in the climate, energy, and labor fields to better understand the challenges and opportunities that climate change and climate mitigation and adaptation presents to Rhode Island workers and unions.

“With Rhode Island on the frontlines of the climate crisis, it will take bold, ambitious action to combat climate change and reduce greenhouse gas emissions and pollution to the levels that science demands. Fortunately, tackling climate change is also an opportunity to address the other crises Rhode Island is facing: inequality and pandemic recovery,”  says Lara Skinner, Director, Labor Leading on Climate Initiative, at the Worker Institute, Cornell ILR School and one of the authors of the report.

“As a small state with one of the lowest emissions in the country, Rhode Island can be innovative and efficient, employing cutting-edge approaches to reverse climate change and inequality. Rhode Island has the potential to be the first state in the country to fully decarbonize and build out a net zero economy with high-quality union jobs. This would make Rhode Island's economy stronger, fairer, and more inclusive,” says Lara Skinner, Director, Labor Leading on Climate Initiative, at the Worker Institute, Cornell ILR School and one of the authors of the report.

View a summary of the report’s recommendations and the full report online here.