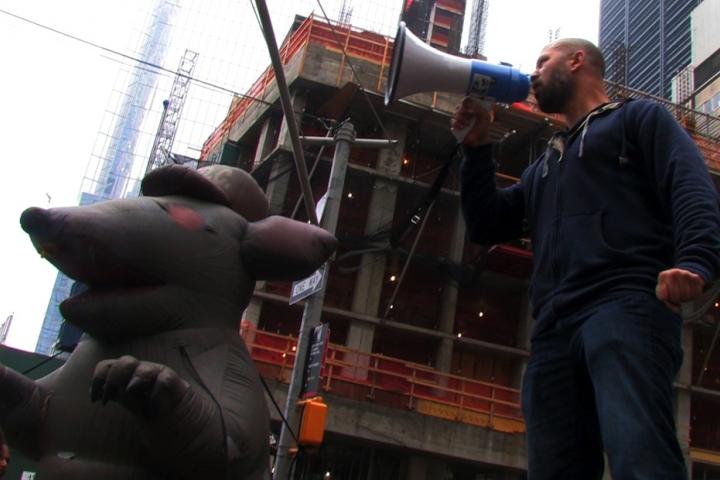 “Lenny brought his warmth, his intelligence, his heart, and his absolute dedication to the cause of working people to every session of the yearlong Institute,” says Gene Carroll, co-director of ULI.

As an organizer at LiUNA Local 79, Anselmo uses the leadership skills honed at ULI to fight for safer working conditions and better wages at construction sites across New York City.

“At ULI, I learned to become an effective leader – someone who empowers others, who seizes the moment and encourages those around him to come together to take action,” said Anselmo. “I use those skills everyday as I speak to workers and encourage them to fight back, to join the union so we can stop the exploitation of workers in the construction industry in NYC.”

New York City construction unions are in a battle for their lives and communities, as more and more of the high-rise construction in the city goes non-union, resulting in reduced job safety and smaller paychecks, and a race to the bottom for working people.

Last month, Anselmo’s tireless efforts were highlighted in a video produced by The Atlantic titled “Lenny and the Rat” – a reference to the iconic 20-foot inflatable rat he often lugs to non-union construction sites.

“It’s sending a message to developer and contractor, saying we’re not just going to stand here and watch you build that building without a fight,” Anselmo says.

While developers benefit greatly from New York City’s construction boom, their profits are often earned on the backs of non-union workers, undermining union-achieved standards that made this city great.  A 2015 report by the Occupational Safety and Health Administration showed that 79% fatalities from falls in New York City occurred at non-union construction sites.