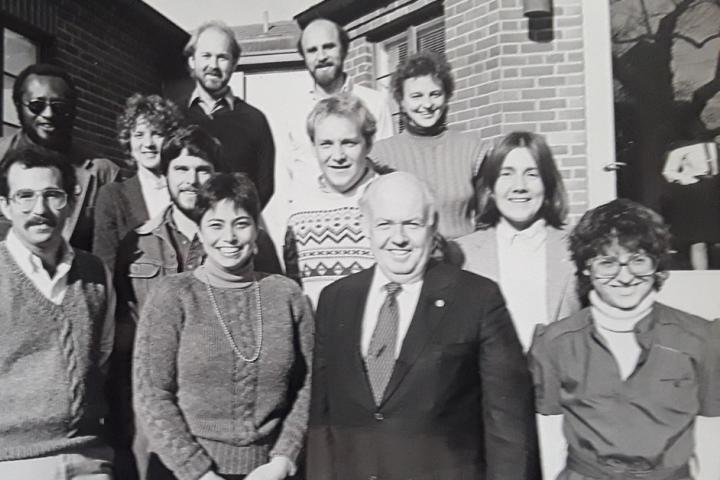 John Sweeney was a leader even this young radical woman organizer in the 1980s could admire. As my President at the time – the President of SEIU – he believed in the power of organizing. He opened the door to a new generation of organizers; he helped launch our fledgling effort to organizing 20,000 office workers under the banner of 9to5 when others doubted. As a result, some of the first women union organizers came into SEIU and had an impact that lasted.

I experienced him as quiet, thoughtful, and dedicated; not like a lot of other egotistic male leaders that inhabited union officer positions. He knew the names of all the staff and never failed to ask me about my campaigns. When he left SEIU to run as the President of the AFL-CIO, his campaign literature bragged of his commitment to organize and to bring in young women and people of color to our ranks. He lived that promise in SEIU and in the AFL-CIO.

Many years after his retirement I ran into him in the lobby of the AFL-CIO. I was reluctant to introduce myself, he was weak and aging and I did not think he would remember me. Instead, he spotted me, came over to say hello (even remembered my name), and asked if I had organized any workers lately. I wanted to hug him and thank him for being a visionary and helping me to believe in myself and in the power of working people.

I wish I had hugged him. Thank you, John Sweeney.

Past President of SEIU 925