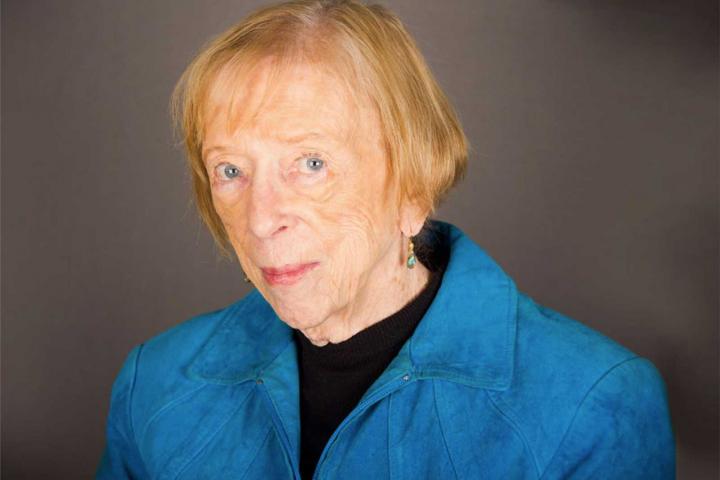 Lois Gray is the recipient of the Lifetime Achievement Award from the United Association for Labor Education (UALE). She received the award on Saturday at the annual UALE conference. ILR alumnus Paul Clark MS '79, and director and professor at Penn State's School of Labor and Employment Relations, nominated Gray for this year's award. In his introductory remarks, Clark recounted her lifelong contribution to the field of labor education. Gray was one of the "founders of the field of labor education and has been a leader in, and contributed to, the field for 68 years," he said.

One of the pioneers of the modern field of labor education, Gray and several men in the labor education field came together in 1950 to establish the University and College Labor Education Association (UCLEA), the professional association for labor educators that preceded UALE. She was the first woman to serve as president of UCLEA.

"Lois was not only a founder of our field, she was also an innovator." Clark described numerous programs developed by Gray including the "train the trainer" method, labor studies degree programs, the UALE Women's Summer School, Cornell's Institute for Women and Work, the Latino Leadership Center, and the ILR School's college credit and certificate courses. Gray also helped establish labor education programs in numerous countries, including Chile, Jamaica, Puerto Rico and Barbados.

Gray accepted the award to a standing ovation from over 125 labor educators and leaders in attendance.

Lois Gray is the Jean McKelvey- Alice Grant Professor Emeritus of Labor Management Relations at the ILR School's Worker Institute at Cornell. She has been a member of the ILR faculty since 1947. Initially hired by the school to direct the first extension office in Buffalo, New York, Gray also served the school as the director of the Metropolitan District Office and the associate dean and director of Extension.

"Lois Gray's influence is everywhere in our field. She is an educator, a scholar, a pioneer, a force of nature," Clark said.