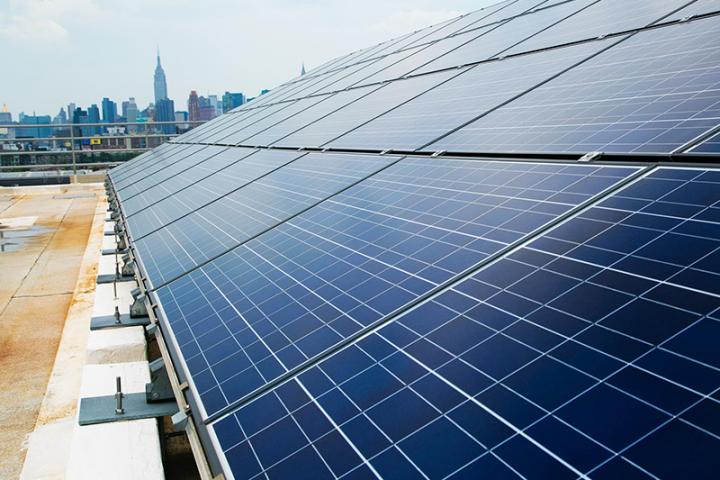 Today’s launch of the Climate Jobs New York campaign and Gov. Andrew Cuomo's announcement to dramatically increase the state’s efforts to combat climate change represents an historic breakthrough. It positions unions as an engine to tackle the climate crisis and elevates New York state’s commitment to lead the nation in transitioning to a clean energy economy.

According to Lara Skinner, associate director of The Worker Institute at Cornell, “the national debates on climate change are often defined as ‘jobs versus the environment’ or ‘workers against environmentalists.’ This campaign changes the debate."

Today’s announcement of the union-led Climate Jobs New York campaign can trace its inspirational spark to an initiative Skinner started three years ago to convene unions in the building, energy and transport sectors – those that are significantly impacted by the transition to a low-carbon economy.

Those leading the Climate Jobs New York campaign were members of the Labor Leading on Climate initiative, which Skinner said was dedicated to opening a dialogue over solutions to the climate crisis that could simultaneously support good jobs, worker protections and economic justice. The new report, "Reversing Inequality, Combatting Climate Change: A Climate Jobs Program for New York State," builds off of Skinner’s three-year initiative and is co-authored by J. Mijin Cha, assistant professor at Occidental College.

According to Kevin Hallock, Kenneth F. Kahn Dean of Cornell’s ILR School, where The Worker Institute is based, "the ILR School has a public service mission to bridge the gap between academics and the world of work to positively impact New York state’s economic vitality."

According to Gary LaBarbera, president, Building and Construction Trades Council of Greater New York, "On behalf of 100,000 union building trades members, I commend Governor Cuomo for his leadership to address climate change while also supporting the working men and women of New York. This announcement demonstrates the governor's commitment to good jobs in a growing sector of the economy. And, I commend the Worker Institute at Cornell University's ILR School for the important role it played in convening unions in this cutting-edge conversation."

Linda Barrington, associate dean of Outreach and Sponsored Research at the ILR School, says, "The Worker Institute’s initiative is an excellent example of how the ILR School raises the level of public discourse by bringing together seemingly disparate constituencies in order to find common ground and develop solutions to significant issues facing working people and the economy."

To learn more about The Worker Institute initiative and new report, go to http://www.ilr.cornell.edu/inequality-and-climate-report.