Celebrating the Life and Legacy of Ida Torres 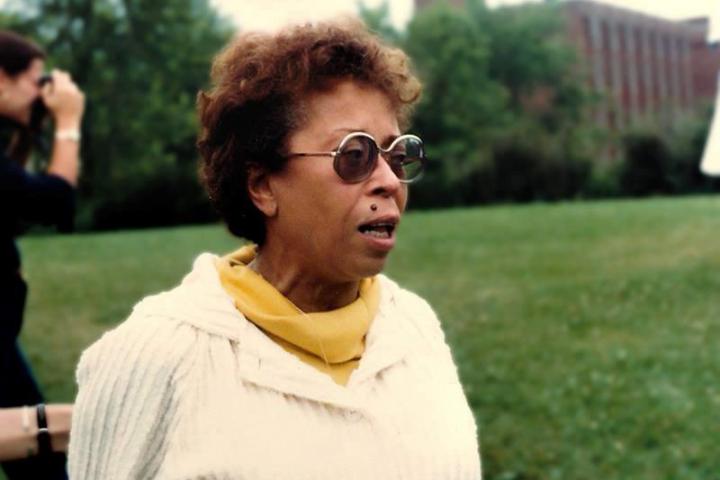 Ida Torres, a renowned labor leader and educator, passed away last weekend, leaving behind a legacy of activism in the civil rights, women’s rights and the worker rights movements.

Born and raised in a union family in New York City, Torres started her work in the labor movement as an office manager at RWDSU Local 3 in 1954. After her galvanizing role in the 15-day strike at Bloomingdale’s in 1965, Ida rose through the ranks of the union, becoming a vice president in 1977, secretary-treasurer in 1984, and finally, president in 1998, an office she held until her retirement. She went on to serve as treasurer of the New York City Central Labor Council, AFL-CIO and president of the Hispanic Labor Committee.

"Ida Torres was a unique union leader whose influence extended far beyond her own members. In New York City she was a leader of women and Latinos, at the national level, she served as an officer of the Retail, Wholesale and Department Store Union and was a founder of the Coalition of Labor Union Women. This in depth knowledge and outreach were invaluable in her collaboration with Cornell's labor programs," said Lois S. Gray, the Jean McKelvey-Alice Grant Professor Emeritus of Labor Management Relations at ILR

Beyond her lifelong career as a labor leader, Torres also played a pioneering role in the then emerging field of labor education. She was a founding member of the UALE Northeast Summer School for Union Women, and has been actively engaged in the summer school throughout it’s 40-year history. At Cornell ILR, Torres served as an instructor in the Labor Studies Program and as President of the Hispanic Labor Committee, she co-founded Cornell's Latino Leadership Program with Lois Gray and Eddie Gonzalez.

“Ida was deeply committed to leadership development and labor education, and her work at the Summer School for Union Women and the Latino Leadership Program attests to this. This commitment to labor education is a key part of her legacy,” said Maria Figueroa, chair of the Precarious Workforce Initiative. “Ida inspired me to continue to support a leadership program for Latino/a trade unionists at Cornell ILR and The Worker Institute.”

Torres also played a pivotal role in the civil rights movement. She participated in the 1963 Civil Rights March in Washington and the founding of the National Council of Puerto Rican Women. Torres was also active in the NAACP, the National Conference for Puerto Rican Civil Rights and the Labor Council for Latin American Advancement. She also participated in the founding of the Coalition of Labor Union Women (CLUW).

“Ida was an early voice in addressing domestic violence as a union issue. She spoke out on domestic violence at the 1986 CLUW Conference and was featured in a film Domestic Violence: The Union Responds that I’ve used in training hundreds of union members, staff and officers,” said KC Wagner, Co-Chair of the Equity at Work Initiative at The Worker Insitute.  “Ida’s clarion call to engage the union values of mutual aid, solidarity, economic and social justice really resonated with unions and inspired their activism.”