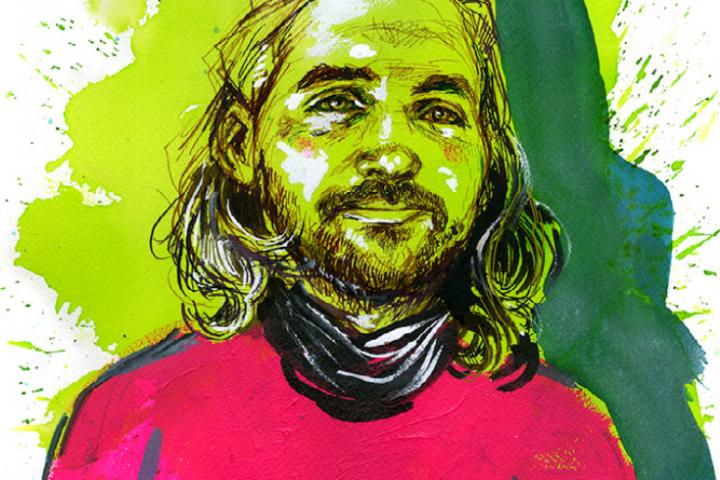 In late March, Espen Utne Landgraff was in Oslo, as usual, riding his bicycle in a bright-pink jersey. Since 2016, he has been a part-time courier for Foodora, the restaurant-delivery app, and was continuing to work amid the spread of the coronavirus. He and his colleagues in Norway found some comfort in their new collective bargaining agreement—the first in the world for platform workers.

Landgraff initially logged onto the Foodora app in 2016, while finishing his master's degree in linguistics. He was designated an “employee,” an anomaly in the app world, but was still struck by "the feeling of not being treated with respect, having no influence, having no information." He decided to join the Norwegian transit union, Fellesforbundet, and began to reach out to fellow riders at Foodora's locker room in downtown Oslo. "Through the community that formed, we discovered we all felt somewhat the same," he recalled. They approached Fellesforbundet as a group, and "were met in a very serious, helpful way."

By early 2019, nearly a third of the estimated 300 Foodora couriers in Oslo had joined the union—enough, in theory, to force the company into collective bargaining. Yet Foodora responded with a strategy of delay. Landgraff and his colleagues continued to recruit and, in late August, with two-thirds of local riders now in the union, voted to walk off the job. They called their action #Rosastreiken, after the color of their jerseys, and used social media, events, and rallies to gain public support.

After nearly six weeks, the union reached a deal with Foodora and returned to work. Their first contract provides for a voice on the job, increased wages, and compensation for the use of personal equipment. In the gig economy, “there are so many young people and so much part-time, and the connection to the work is kind of loose,” Landgraff said. "For the Norwegian workers' movement, it was kind of an eye-opener: that we were able to organize and get a collective bargaining agreement in this kind of work.”