Beyond the Headlines: Lessons Learned from the Market Basket Strike 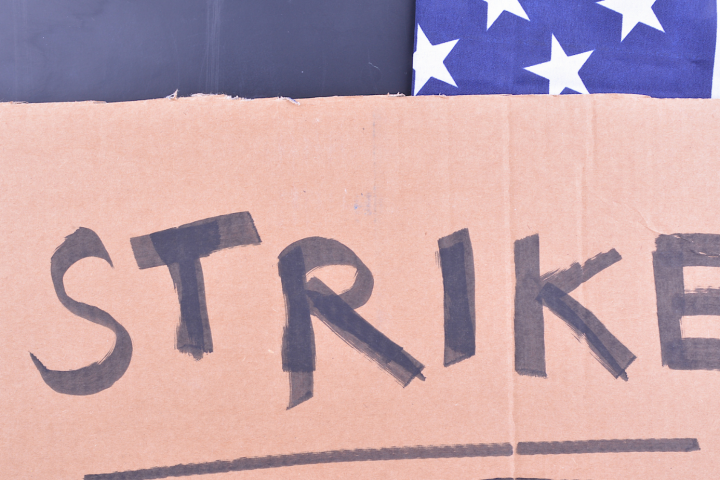 The current strike at the Market Basket has grabbed mainstream media attention largely because of the soap opera like feud within the third generation of the family that has owned and run the New England chain and built an extremely loyal customer base.

Not only is this a "man-bites-dog" story – because employees are striking to support an ousted CEO – but the customers are shopping elsewhere and taping their receipts from other grocers on the windows of empty Market Basket stores.

But beyond these more "sexy" aspects of the dispute are some clear illustrations of how our lopsided economy – which favors corporations over living and breathing people – is stimulating a new wave of innovative formations and methods to organize workers.

Lessons from the Market Basket strike include:

Many new forms of worker organization are being developed that differ from traditional unions – but these strategies can be part of a revival of the labor movement.

One of the lesser known aspects of the Market Basket story is that the dispute has its roots in the financial crisis of 2008, when the store invested – and lost – the entire employee profit-sharing fund, totaling $46 million. According to news reports, Arthur T. – the CEO who the workers are striking to support – wanted the company to replace the entire $46 million. Ultimately this led Arthur S., his less employee-friendly cousin, to lead efforts to oust him.

Market Basket employees are well paid and receive good benefits – and the store keeps prices low. As Peter Olney points out his article When a strike is a strike: The saga of Market Basket in New England, venture capitalists see an excellent opportunity to take over a successful regional company, cut labor costs and raise prices to improve profits in the short term, with the goal of eventually selling the company off for a large profit. Besides hurting the employees and customers in the short-term, it can be expected that after a drastic restructuring of Market Basket's business model, the company's profits will eventually decline, as it loses the essence of what made it successful.

As is the case for social movements around the world these days, the Market Basket employees have been utilizing social media to get organized and speak out. According to Market Basket workers, it was opinions posted on social media that resulted in the retaliatory firings of eight workers. The firings were the spark that led workers to walk out. The workers could have attempted to challenge the firings on legal grounds, but remedies available under current labor laws are weak, the process would have taken too long and the outcome would have been uncertain.

What makes the struggle at Market Basket unique isn't just that workers are striking without being in a traditional labor union – and that they are using newer methods of communication – they are also getting tremendous support from the store's customers. Community support is increasingly important for strikes or other work actions – from fast food strikes and OUR Walmart to organizing campaigns in support of domestic workers, janitors, carwash workers and many others, especially at the low end in today's labor market.

Ken Margolies is a Senior Associate at the Worker Institute at Cornell, part of the Cornell University School of Industrial and Labor Relations. He has been on the staff of four unions, SEIU, the Association of Flight Attendants, CWA and the Teamsters and has been a steward in a union staff union as well as an Organizing and Education Director with management responsibilities. You can read more of his writing by visiting his blog Managing With Labor’s Values.