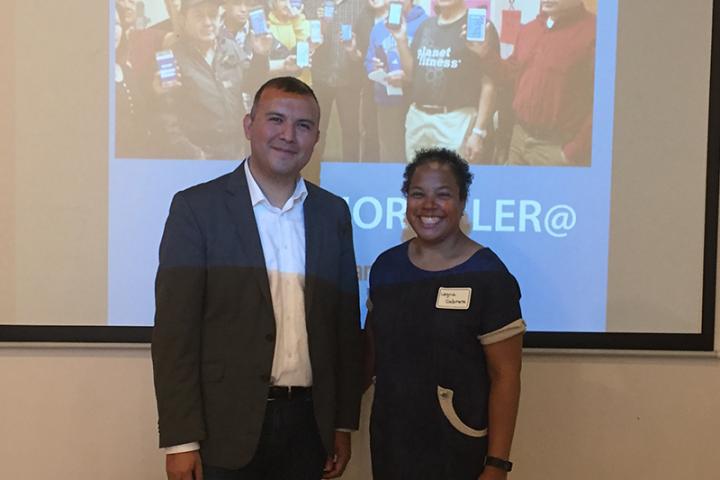 An ILR School researcher was among the advocates and community leaders who met at the New York City Council’s Rapid Response Lab event on June 15 to discuss criminal justice and immigration reform issues.

The JORNALER@ App is used by day laborers to keep records of hours worked and wages paid, share information with other app users and send alerts when wage-discriminating employers are in the area.

Cabrera said, “The workers using the app not only track their individual work, but they also communicate with each other via the app; they are sharing this information amongst themselves."

"They are also the user base for the app, and, therefore its best promoters.”

The app was developed by and for day laborers through fielding worker concerns and implementing features that addressed these concerns, Cabrera said. The power lies within the app users, mostly immigrants, and within building a community to address unique difficulties.

"This digital inclusion is elevating activists to new levels as they are increasingly using the technology of today to send out a message and organize communities that are under attack," she said.

Technological tools and devices that immigrant communities and precarious individuals can use to fight injustice during what was called "a time of national crisis" were displayed at the event.

The gathering aligned technologists with activists and community leaders to discuss projects that are looking to streamline and improve the response to threats faced by immigrants and precarious workers.

The app, a collaboration between The Worker Institute and New Immigrant Empowerment Community, is part of the institute’s increasing involvement with threatened communities.

The app was released in November and operates in New York City, Detroit and Houston.