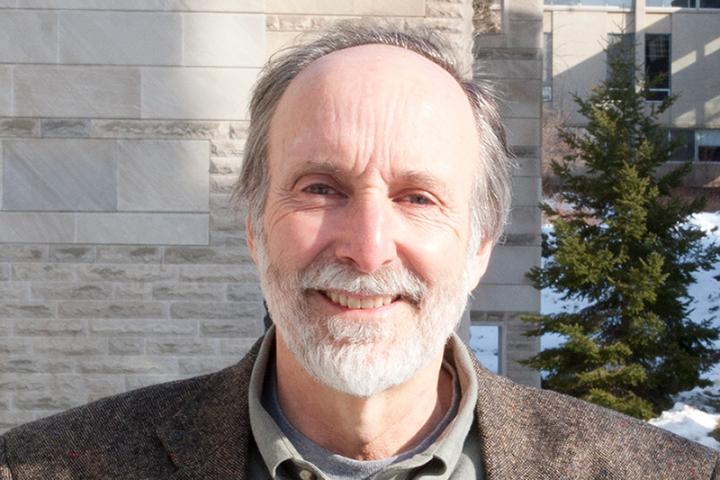 Professor Lowell Turner, an expert on French and German unions who returned last week from a sabbatical in Paris, provided an insider’s primer for Sunday’s French presidential election and the impact it could have on labor and other issues.

What is the general context for this election?

“This election is being fought over different visions for the future of French society. Both draw on traditional republican values dating back to the French Revolution, and both claim the mantle of patriotism.

“Macron sees France as a leader in a reformed European Union, and sees a strong European Union as a key player in a global economy. He stresses a commitment to democratic values, human rights, open society, and a more inclusive vision of French society and its immigrant history and current diversity.

Where do the two stand on labor and related issues?

“For employment, competitiveness and growth, Macron, former economics minister in the Hollande government, has pushed for labor law reform, loosened regulations on employers and provided more support for enterprise. Le Pen also supports increasing labor flexibility for employers, but in a context of trade and immigration protection, with more secure borders behind which jobs can be created and French business and labor can be revitalized.

“Both candidates support a strong welfare state including universal health care – this is not an issue as it is in the U.S. The difference is that Le Pen claims that immigrants are draining social welfare resources and wants these benefits for the French. She fans the flames of Islamophobia. Since France has long been an immigrant society, it’s not entirely clear who “the French” are; Le Pen speaks of “les francais de souche” – French people with roots in France.”

What about labor reform trends?

For labor relations in France, labor law reforms dating back to the 1980s, including new legislation under both conservative president Sarkozy and socialist – read social-democratic – president Hollande in recent years, have driven a decentralization of bargaining and social dialogue toward the enterprise level. Although contested and limited by French unions, this trend is likely to continue under either candidate.

As always, the French labor movement includes several sometimes contending, sometimes collaborating union confederations. Macron and other labor law reformers have, to some extent, included the more moderate CFDT union against the opposition of the more adversarial CGT union, thus playing the two largest confederations off against each other. Macron will likely continue this pattern; for Le Pen unions are militantly opposed to her and it’s not clear where she would find negotiating partners.

“Important to emphasize: while recent press reports have described divisions in the French labor movement, including contending May 1 demonstrations, there is no support for Le Pen among the leadership of French unions. Some, including both the CGT and the CFDT, urge their members to vote for Macron, in spite of differences on labor law reform; and others don’t want to be pro-Macron and instead emphasize their opposition to Le Pen. For voters, it comes to the same thing – unless mass abstentions close the gap for Le Pen.

What kind of turnout is expected from voters?

“Voter participation in the first round of the election was just under 80 percent which some French commentators considered low. Participation rate in the second round will depend, in part, on whether widespread anti-Le Pen sentiment is outweighed by dislike of both candidates. Left-wing candidate Jean Luc Melenchon ran a surprisingly strong first-round campaign, earning 19 percent of the vote, just two percent under Le Pen and five person under Macron. Although vitriolic in his opposition to Le Pen, Melenchon has not endorsed Macron. Whether his supporters vote for Macron to oppose Le Pen or abstain will impact both rate of participation and outcome of the second round.”

Why will the results of Sunday’s election be so remarkable?

“For the first time since the post-war founding of the current Fifth Republic, no mainstream parties from either left or right have made it to the final round. The new president will be beholden to no mainstream political party. There will be opportunity for new directions, for better or worse, but also questions about governability since neither candidate will have the support of a majority party in the National Assembly. This is a dramatic break in the continuity of French electoral politics, a major challenge for party activists who would renew and rebuild mainstream parties. It begins a fundamentally uncertain future for French politics.”

“Polls are now running at 60-40 in favor of Macron. Le Pen’s far right National Front, long a fringe player in French politics, has thus entered the mainstream. A 40 percent vote for a party widely denounced on both left and right as anti-democratic, xenophobic and racist would signal a deepening polarization of French society that will not disappear any time soon. Instead of solidarity or what the French call “fraternity,” working and middle classes are deeply divided in a continuing context of high unemployment – 10 percent – and economic stagnation. Formerly communist working class strongholds in industrial districts have swung to Le Pen as factories have closed and unemployment has risen. Urban-rural polarization is extreme: Paris voters gave Le Pen a measly five percent in the first round, compared to the 21 percent she got nationwide. While parallels to Trump’s America are far from exact, a similar polarization of society is taking place along key dimensions.”