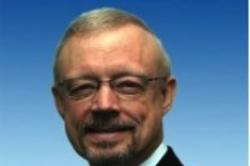 CURRENT POSITION
Managing Partner - Davidson Arbitration and Mediation, LLC
Leads a three-person dispute resolution practice based in Atlanta, GA. Responsible for the overall business operation including marketing and professional oversight. Manages and conducts mediations and arbitrations as a member of the professional staff. The firm also provides ADR consulting services to businesses as well as Federal and local governmental organizations.

2006 – 2010
Senior Vice President, Flight Operations, Emirates Airline and Group, Dubai, UAE
Lived in Dubai, UAE for 4.5 years and interfaced with both Middle East-based and other international business leaders including the US Ambassador and US Consul General for the UAE. Member of the initial group associated with the startup of the Dubai International Arbitration Centre under the auspices of the Dubai Chamber of Commerce

DOMESTIC BUSINESS EXPERIENCE
1999 to 2003
Domicile Chief Pilot for Northwest Airlines, Detroit and Minneapolis and Director, Flight Safety
During this employment, served on over 12 System Boards of Adjustment (arbitration panels) as company Panel Member. Later served as the Airline’s Director of Safety, Quality and Government Affairs.

2011-2012
Senior VP of the Aerospace Practice for Tetra Tech AMT, a Washington, DC consultancy
Led the domestic and international consulting practice for a $1B US-based engineering and aerospace consulting company. Frequent travel to the Middle East and China in support of various consulting projects.

Per Diem Fee: $1,150
The fee is for the mediation or hearing day which is 8 hours.
Motion Practice/pre-mediation and pre-hearing teleconferences are $250/hr.
Research and award writing is $200/hr.

Cancellation Policy:
If the scheduled mediation or arbitration hearing is not cancelled prior to 14 calendar days before the date scheduled, a day of per diem is owed.

Travel Expenses:
There is a travel charge of $150/hr for travel outside the Atlanta SMSA. Air travel is booked on refundable fares due to potential for cancellation and delays. Expenses for hotel, food and rental car (if required) are charged at actually incurred cost. Should the mediator/arbitrator's vehicle be used, mileage is charged at the then current IRS rate.