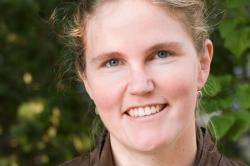 ILR's Worker Institute hosted Immigrant Worker Rights and Organizing: Historical and Contemporary Perspectives, a Feb. 13 colloquium discussing the past and present relationships between immigration and labor.

The purpose of the colloquium was to foster a dialogue among scholars at Cornell working on immigrant worker rights and organizing that crosses disciplines, and to familiarize the Cornell community with cutting-edge research on a critical, but often overlooked, segment of the workforce.

"The lineup of speakers showcases that there is a growing nucleus of faculty and students at the Worker Institute, ILR School and Cornell more broadly conducting research that focuses on immigrant workers and the legal and organizational contexts which shape their experiences," said Kate Griffith, associate professor of labor and employment law at ILR and co-chair of the Precarious Workers Initiative at the Worker Institute.

Panelists from disciplines such as history, sociology, demography, law and political science provided historical and contemporary perspectives on immigrants and their workplace rights and experiences.

"We hope to promote future interdisciplinary research collaborations and events that inform public dialogue on this issue," Griffith said during opening remarks in Ives Hall.

Historically, immigrants to the U.S. were seen as competition to the domestic workforce, despite the fact that many laborers and early labor leaders were the sons or daughters of immigrants or even immigrants themselves.

Because of this, there is a rich contradiction between acknowledging the importance of immigrant labor historically and the anti-immigrant stance within early organized labor in America.

"Immigrants were the backbone of America and played a central role building the country," said Veronica Martinez-Matsuda, assistant professor in ILR's Labor Relations, Law, and History Department at ILR. "I find it funny to hear many historic and modern claims that immigrants take American jobs because, I think to a great extent, American jobs have always been immigrant jobs."

Though separate factors in society, immigration and the labor movement were continuously linked by politics and bureaucracy.

For example, Martinez-Matsuda indicated, there are numerous historical examples of major labor leaders being appointed to lead government agencies in charge of immigration enforcement and regulation. In these positions of power, they promoted the restriction of expanded immigration. This is a stark contrast to the relationship immigrant rights and labor movements share today.

"It's incredible for the official stance of labor organizations today to be one of promoting immigrant rights and immigration reform," she said. "We are finally bringing these two historically competing narratives together."

According to the panelists, though much progress has been made, there is a lot of work to be done in terms of immigration reforms and worker rights, especially for those who are undocumented.

"Immigration and employment law create a contradictory set of risks and protections for undocumented workers," said Shannon Gleeson, ILR associate professor in Labor Relations, Law, and History. "The fear of losing one's job and the risk of deportation may inhibit undocumented workers from activating their rights under U.S. law, and allows employers to exploit this vulnerability."

"Immigrant workers have become an increasingly important element of union and worker center organizing, and organized labor remains a key voice in the national debate over immigration reform."