We Confuse Politics With Government. They’re Not The Same. 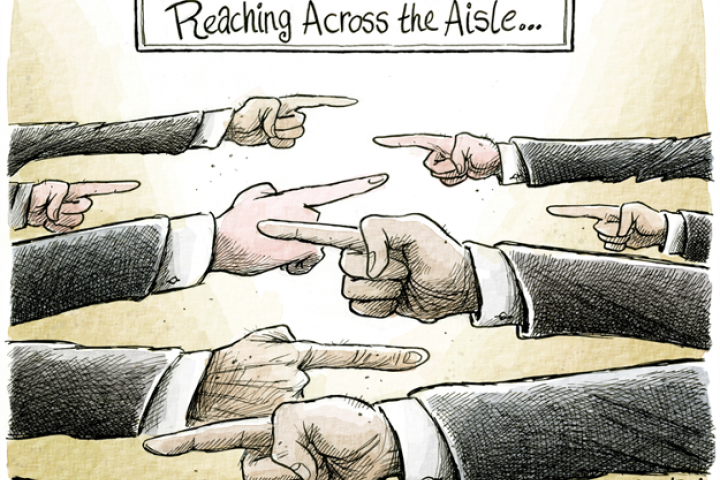 If there’s one thing I’ve learned through my placement this summer, it’s that there’s a difference between politics and government. Politics might involve personal gain or electoral advantage; government should be above those concerns. Politics pits the parties against each other; in good government, they ideally (key caveat) work toward the same common goal of advancing American well-being.

America is facing a polarization crisis. I know you’ve heard this before (and god it kills me to feel cliche). But it's true. During the 2016 election, Pew Research found that among those highly engaged in politics, 70% of Democrats and 62% of Republicans said they were afraid of the other party. More recently, in 2019, Pew research found 40% of voters didn’t have a single friend from the other political party.

Distrust in government is inherently tied to this distrust we display for each other. If we want to improve faith in America’s leaders, we must humanize them. Elected officials shouldn’t be abstract enemies. They’re not just red or blue. They’re people too. There’s a reason trust in local government is three times that of federal. Local leaders feel more real to us because they answer our demands more directly. Party labels matter less in smaller elections. Instead, personal charisma and direct promises (“I will renovate that specific building,” “clean up that specific park”) mean more.

How do we make people feel their national government is responding to their direct needs? Expand welfare coverage and benefits. Everyone loves to feel like their politicians are providing a tangible benefit. Just look at how well-received CARES Act stimulus checks were. Even if not every American thinks they need universal childcare, I doubt many parents would turn down a free service (assuming it were a quality one) if it were offered. Granted, socializing anything in this country is a tall political hurdle to leap. But changes to welfare, in politics, are particularly durable shifts. The global evolution of the welfare state shows once benefits are offered, they’re often hard to take away.

Step 1: Expand social benefits. Step 2: Make people feel their government is responding to their needs. Step 3:  Humanize politicians. Step 4: Reduce distrust. Maybe politics and government don’t have to be so different after all.

A cool thing! An org I’m in (with other High Road 2021 Fellows Margot and Katherine!) produced a series of webinars and podcasts on political polarization in Spring 2021. Check out the episode I hosted (specifically looking at polarization in the American immigration system) here: https://youtu.be/VwdCR698NoI