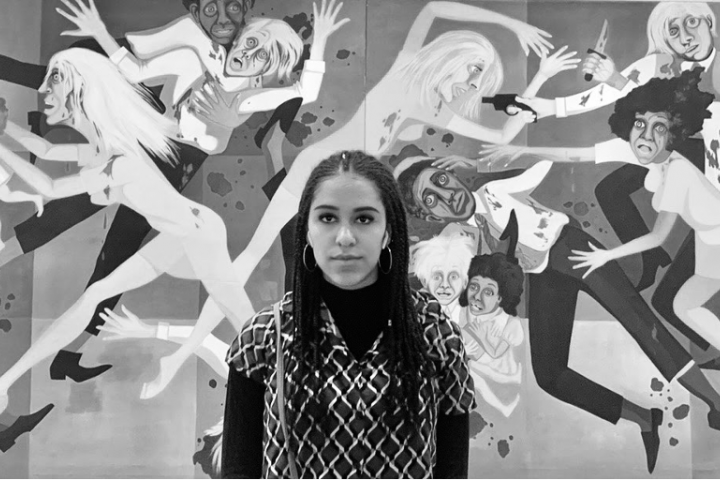 What is the most effective action that can be taken right now to combat racial inequity in the US?

This is a difficult question because racism is so systemic that even seemingly simple solutions are rather complex in practice.  For example, I believe the key to addressing racism and racial inequity is education—equal access to education, but also education about racism beginning in early childhood.  However, education about race must be administered with diligence and care, particularly when educators and administrators are primarily white or when BIPOC children are the minority. I think back to high school when one of my teachers assigned a series of race-related books highlighting some of the exceptional challenges faced by Black people.  The books were powerful, but rather than addressing the racial injustices the books highlighted, we talked around race.  For me, as a young Black woman navigating much of the world for the first time, this was confusing and hurtful.

I have had similar confounding experiences at Cornell often because I am the only Black person in the room, or because an instructor addresses race in a manner which, though direct, is inappropriate. Of course, professors and other administrative leaders usually have good intentions, but often they fail to uplift and empower Black voices.  First, we need more Black people in positions of authority—faculty and administration. Where more representation is not possible, it is crucial that those who do occupy these positions not only take time to educate themselves on the nuances of race from the perspective of the oppressed, but also prioritize proximity to Blackness/the group they wish to speak about.  This distance between those in power and Black community is another issue in and of itself.  Precipitated by wealth inequities, many white people may not even have meaningful experiences with BIPOC until later in life, if at all.  Race is a social construct, but it is not abstract in that has a tangible impact on people’s everyday lives.  So, even if we educate people about race, if they aren’t having experiences with people of different backgrounds early on, there is bound to be contention.

Meaningful interracial experiences require investment in mixed income housing as well as teaching children, who will ultimately become parents, the importance of interactions with diverse groups of people.  Education extends beyond school.  Growth is continuous, and it is critical that people begin to integrate race education into their daily lives.  One book is not enough, neither is one Black/BIPOC friend.  We are not tokens, and this applies to the workplace also.  Diversity, Equity, and Inclusion (DEI) cannot be just some fad where corporations place a few BIPOC on their website and call it a day.  True DEI must be a central part of every corporation’s business strategy, and at least annual DEI training, facilitated by BIPOC, should be mandatory.  In the same vein, it is not fair to ask BIPOC employees to take on the burden of changing a company’s entire culture (especially for free!); this must be a collaborative effort.

Depending on our lived experiences, our roles in the process of eliminating racism may look very different.  While many BIPOC have valid reasons for refusing to engage in race-related conversations, for me personally, one of the first and most important steps in addressing racial inequities is being willing to speak about race.  What this looks like practically is engaging with (white) people who show a sincere willingness to learn, and sharing my unique perspective from my own personal knowledge and experiences as a mixed Black woman.  Because race is such a hot topic, I do believe that under some circumstances, we may be too quick to criticize people who have good intentions but do not understand how to appropriately address race.  (Of course, different people, depending on their experience and level of authority, should be held to different standards when it comes to knowing how to approach race.)  Criticism, depending on how it’s presented, may cause people to avoid topics of race altogether.

Another way in which I, personally, am trying to address racial inequities is by learning about the struggles of other minority groups and working to act in solidarity.  For example, I have been so focused on the challenges of other Black people, that I only started to educate myself about racism against Asian-Americans this past year after a series of despicable hate crimes.  This past year was also the first time I thought to reevaluate aspects of the “model minority” and began to see similarities in our plights.  As a society, I believe one of the best things we can do is learn to admit when we’re wrong and work to be better.

I really could go on, but I will end by saying that we need to critically address performative activism and gaslighting.  There are so many examples of this, but most recently I saw a post describing how we have now declared Juneteenth a federal holiday, but we have banned critical race theory in schools and blocked reparations legislation.  Certainly, change is a process and there is nothing wrong with celebrating the Juneteenth holiday as a step in the right direction, but genuinely uplifting Black voices will highlight a plethora of far more pressing concerns that demand our immediate attention