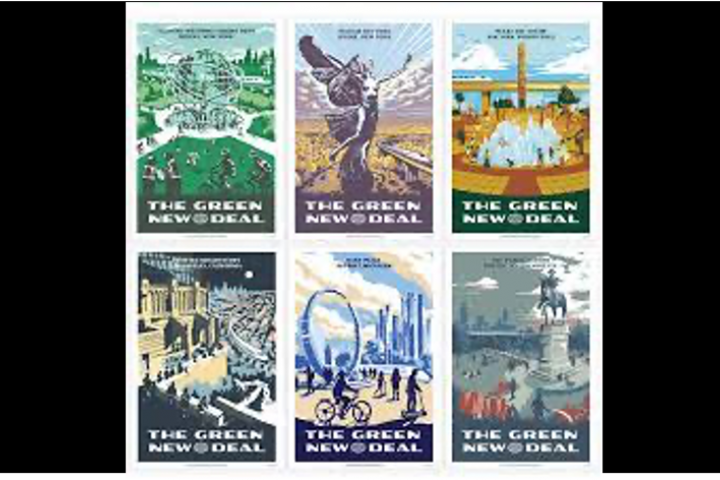 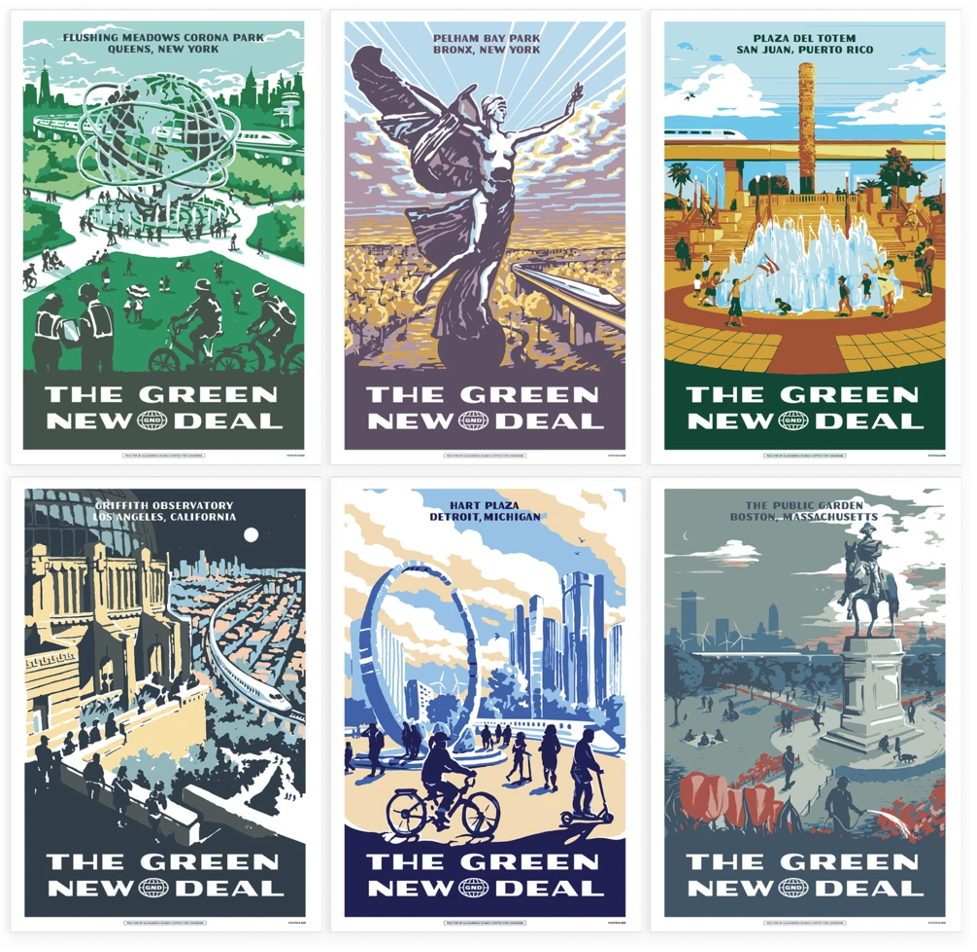 My featured piece of creative expression is a set of posters from Rep. Alexandria Ocasio-Cortez’s team highlighting the congresswoman’s proposed legislation with Sen. Ed Markey, the Green New Deal. The Green New Deal is a policy vision that calls for a repudiation of fossil fuels and a progression towards environmentalism, while also bringing about societal benefits such as good-paying jobs, community reinvestment, infrastructure improvements, and improved quality of life. The posters, drawn in a style of utopian art inspired by the Federal Art Project from FDR’s original New Deal, portray what American society could look like in several prominent cities when environmental justice is meaningfully prioritized. Indeed, when I look at these posters, they do more than just advocate for a policy proposal. They represent a critically-needed paradigm change for America: a utopian dream and optimism for a more economically and socially-just world. Instead of maintaining the status quo of widespread economic inequality, environmental racism, and extreme climate conditions, the imagery provided by these posters symbolizes an expansion of our imagination of what our society can look like. What many people, especially my generation, now recognize and see is that climate change is a fast-approaching existential problem. However, instead of resigning ourselves to an attitude of defeatism and futility from our current global trajectory, we see ourselves as concerned stewards of the environment that can imagine a world fundamentally different than the one we live in today - a future world where our air, land, and water are cleaner and our communities more prosperous. The poster reveals the potential of this new paradigm for our quality of life through its depiction of clean transportation alternatives in the form of high-speed electric trains and bikes, beautiful communities in the form of clear skies and urban greenery, and community engagement in the form of recreational activities. These posters effectively project imagery into the public consciousness on what is possible by investing in our planet and communities through the Green New Deal. 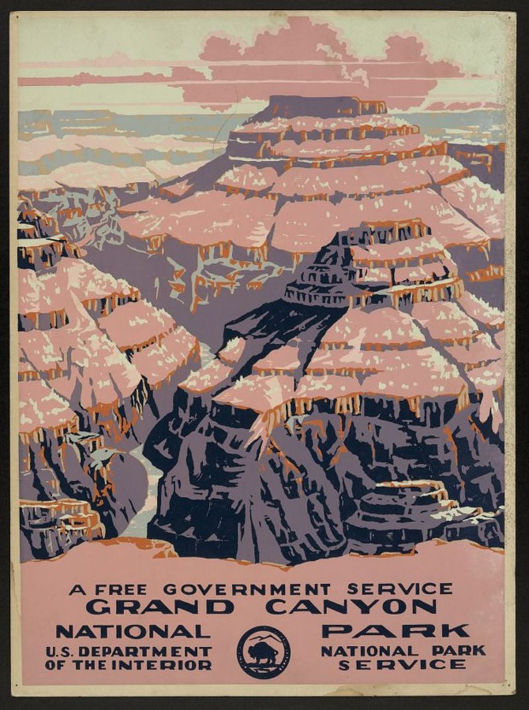 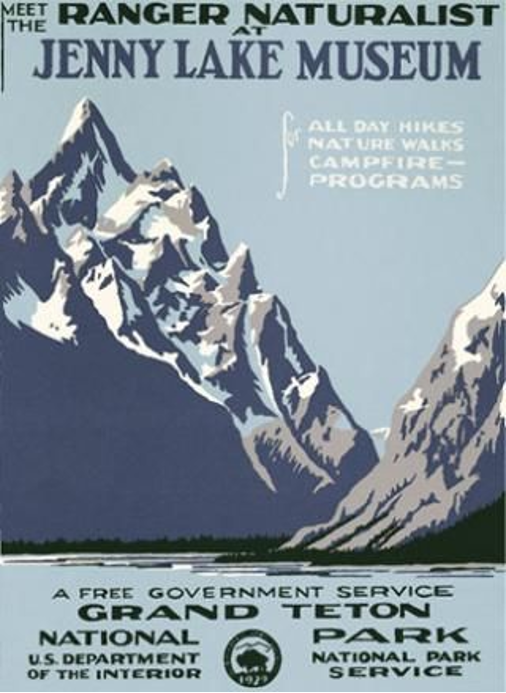 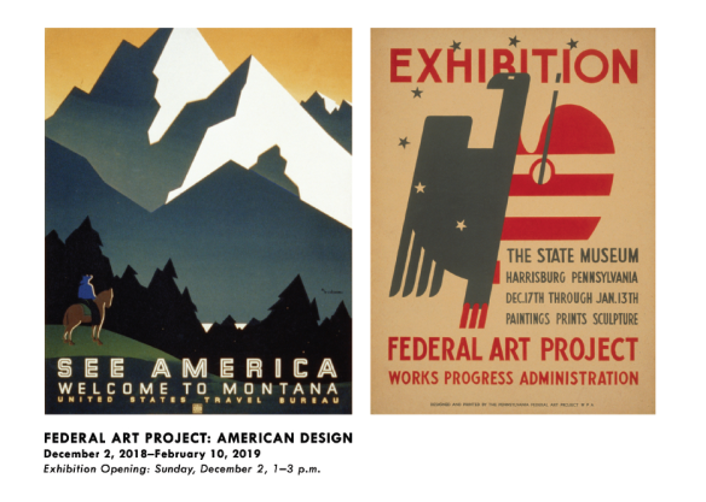 Of these posters, one in particular especially resonates with me.The poster showing the Green New Deal at Flushing Meadows Corona Park in my hometown of Queens, NY makes me feel a more intimate connection with this vision. Flushing Meadows Park is one of, if not, the defining landmarks in Queens. I grew up playing, biking, swimming, ice skating, and attending events in that park, as did many other families in my hometown. I would like for my own family in the future to be able to experience the park in the same way I did as a little kid. But that will take me being an active advocate and steward for the environment.

I also believe that the poster’s artist, Gavin Snider, chose the Unisphere at the center of Flushing Meadows Park to represent the fact that it will take the entire world, not just one country, joining together to stop the global threat of climate change. Moreover, the workers in this poster also showcase other pivotal goals of the Green New Deal: job creation, investment in workers, good and safe working conditions, and improvements to infrastructure. These too, are all hallmarks of High Road economic development. Fundamentally, what these posters convey is that positive growth and environmentalism are NOT two mutually exclusive, diametrically-opposed goals. Rather, we as Americans - and as citizens of this global community - could pursue both if we just expand the limits of our imagination of what is possible. 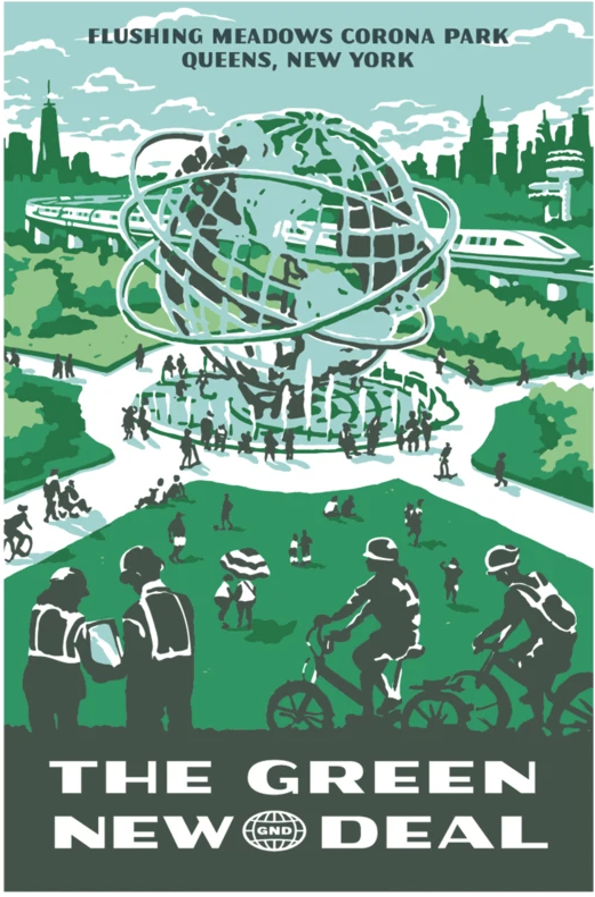