Thinking Small: Why I’m Zooming in to Celebrate Local Government This Summer 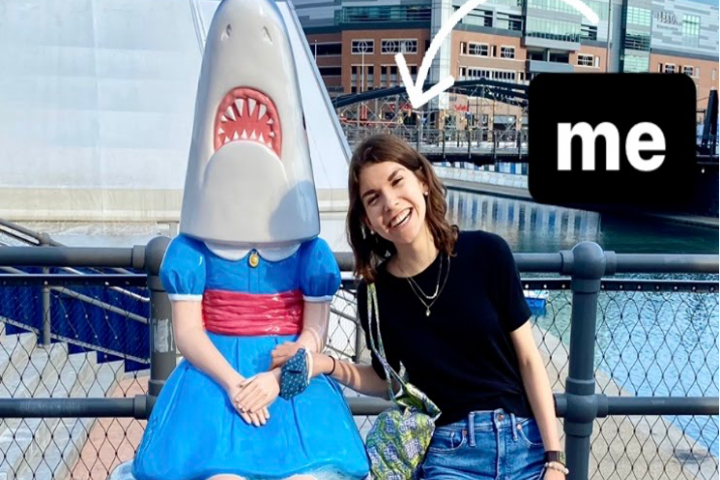 Eleven, twelve, thirteen… I watched as the emails swelled my inbox by the second. Sixty-one, sixty-two, sixty-three. Sitting dumbfounded at my desk, I stared at the screen.

What surprised me most this week was just how much my project picked up speed. On Monday, I understood the rough contours of what I’d be doing this summer. My job was to create an oral history of Erie County’s COVID-19 response. I’d build a record, constructed with interviews with county officials and community leaders, of the crucial lessons the county had learned in its crisis-time decision making — before that knowledge was lost by the forward march of a nation all-too-eager to forget the pandemic. While I knew the sketchwork outline of my task, the knitty gritty fine-point details of whom, exactly, I’d be interviewing when and where were still a blank. For the past two weeks, my boss, Deputy County Executive Maria Whyte, had been promising to connect me with her peers in the Poloncarz administration. The idea was that, after Maria introduced me to each public official, I’d arrange a time to speak with them one-on-one during my two weeks in Buffalo. As the date of my trip (June 13th!) neared, though, and no emails from Maria arrived, I started to worry. On Monday night, after our High Road orientation, I wondered if I’d have to coordinate interviews when I arrived in the city. I didn’t like the idea of missing a few of my precious ten weekdays in town just planning to do my work.

That next day, I got a call from Maria. Zipping through our four-minute conversation with her usual efficient clip, she asked me to tweak my project summary ASAP, because Kara, her assistant, would be firing off introductory messages within minutes. I rushed to edit the file, sent it back, and watched as the names of the health commissioner, DPW commissioner, County Executive’s Office and others started to populate my inbox. I thrust a victory fist in the air.

The idea of speaking to officials on the ground floor of local politics is exhilarating. Although my project investigates Erie’s decision making process, this summer, I hope to learn far more than just what drove county spending choices. The High Road plays a key role in a personal journey. My whole life, I feel like I’ve been pushing myself toward bigger and bigger government institutions. After moderating Board of Education debates in my suburban Connecticut town, I interned for the state Attorney General’s office, then for a US Senator, and finally for the Council on Foreign Relations. Municipal to state to federal to international; I zoomed out. But this fall at CFR I realized: sometimes the farther away you are, the less you actually see.

At the Council, talking about grand political-economic forces, I found discussions of global actors often disappeared the people influenced by their policy. At the think tank office, we’d talk about giving US vaccines to developing countries as a tool of diplomacy, in terms of what such shipments could do for Washington, glossing over the human beings those shots would help. Conversations of global scale aren’t inherently negative; focusing on the bigger picture has its use. I still love analyzing international relations. But after this fall, I knew I was looking for a change. This summer, I want to return to the level of the public library, of the town hall. I want to celebrate the local.

Indeed, the COVID-19 pandemic has proven the importance of municipal and county government. With the passage of stimulus programs like the CARES Act and American Rescue Plan — their funds filtered through the decentralization of the US federalized system — mayors and county executives were empowered with more money and responsibilities than ever before. They controlled whether or not schools reopened, whether or not mask mandates were imposed or enforced, and how soon businesses could welcome back customers. Their discretion to set the terms of the pandemic was remarkable. Unlike with other crises (think 9/11, or any war) with COVID-19, it was local leaders — and not national ones — on the decision-making frontlines.In Erie County alone, for over a year, the County Executive had the unilateral ability to allocate $160 million worth of capital.

The disparate impacts of the pandemic by region in this country highlight the significance of differences in local policy in shaping life (and death) for Americans. This summer, I hope to explore why the smallest wings of government sometimes make the biggest impacts on citizens. I’ll produce a report for the county to help Erie officials learn from over a year of “decision making in the fog of war” as my boss calls it. With this knowledge, I aim to shape their future emergency management choices. Finally, I aim to prove to residents, in Erie and beyond, that they should care about local leaders too — even if I have to send hundreds of emails to convince them.