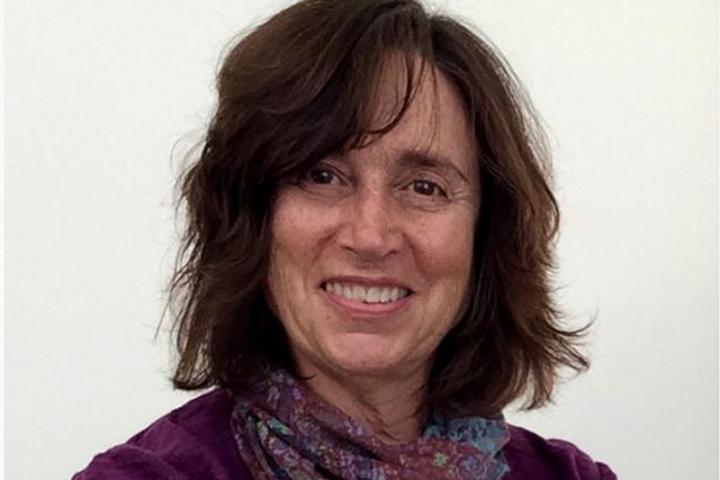 Fran Benson moved to Ithaca in 1969 so that her husband could finish school at Cornell.  She thought she was just passing through, but her first job as an editorial assistant launched her on a career at Cornell that spanned 50 years.

Benson joined the ILR School as managing editor of the publications division in 1974. Four years later, she was named director. By 1980, under her direction, the nature of the division had shifted from pamphlets to books. The name, too, changed to ILR Press.

The growth over the next two decades was phenomenal, the introduction of computer programs transformed the way business was done, and the press earned an international reputation. In 1995, John Ackerman, then director of Cornell University Press, and Benson engineered a merger of the two presses.

She became editor-in-chief of Cornell University Press, where she also continued to oversee the ILR Press imprint and began acquiring books in sociology and anthropology. Benson became known for thinking broadly about workplace issues, making connections with scholars in fields beyond industrial relations and extending the boundaries of the field. She is credited  with helping to shape the field of labor relations and for her “far-sighted intellectual leadership in bringing the field of working-class studies into being.” A Cornell Press tribute page cites her legacy as the nation’s leading labor editor.

In 2002, Benson moved the Jersey Shore, and sponsored 320 books while telecommuting. Now, she is taking her leave.

Of her years at Cornell, she says “I have been blessed with profoundly interesting work and astonishingly supportive colleagues throughout my career, which has never felt stagnant. The authors I have worked with and the books I have published have shaped who I have become.”

Here, Benson shares more about her experiences as an editor:

How many books did you edit during your time at ILR Press?

I haven’t done a formal count. I do know that I acquired about 400 books from the time ILR Press merged with Cornell University Press in 1995, so the total would be around 500. Notice that I am saying I acquired, rather than edited, them. I did some level of editing on all those books, but the excellent line editing was done by highly professional copy editors. I was a copy editor earlier in my career, but acquisitions is quite a different animal.

What were some of your favorites and why?

I have favorites, but there are far too many to list here. Early on, I was thrilled to be working with Barbara Kingsolver on her first non-fiction book, Holding the Line: Women in the Great Arizona Mine Strike. She was not yet a household name, but it was clear that she was an unusually gifted writer. It was a real feather in the cap of such a fledgling press. Some books are favorites because I liked working with the author so much, others because reading the manuscript opened up a new world to me. Still others because they went on to sell many copies or they were risky outliers like Agitate, Educate, Organize! a breathtaking colorful collection of American labor posters that was unlike other books on the list and became a labor of love for all who worked on it.

What was the most challenging aspect of your job?

I’d say there were three different categories of difficulty. One was simply the workload — all the inquiries, all the manuscripts and all the things that needed to be done for each. The second category was managing expectations, both the authors’ and mine. Together, we pour so much into making these books and we have such high hopes for them. Yet, it takes much more than hard work and excellence for a book to reach its potential and the level of circulation and recognition each author hopes for.

The third was making decisions. It was often painful to tell someone I couldn’t publish their book and sometimes it was difficult deciding which of the projects coming across my desk were the ones I should invest in. It was also tricky and time-consuming finding the right external reviewers for each.

Every now and then, I would read a proposal or a manuscript and it would make my heart beat fast with excitement.  Those projects were pure delight because I knew immediately what I wanted to do. Still, there were always competing demands to keep in mind — sound and original scholarship, the size of the audience, and financial viability. As you might imagine, there is potential conflict between being an academic publisher and wanting at the same time to publish books that will appeal outside of academia.

Did some of the books you edited change the way things were done or thought about?

Absolutely! I would say that nearly every book I published changed the way I thought about the world. The two special awards that were given to me attest to the wider influence of the ILR Press list.  When Harry Katz spoke at the presentation of the Labor and Employment Relations Association award, he noted that these books had “expanded the dimensions of the field of labor relations” and “exerted a profound influence,” exposing issues before their importance was widely appreciated. The award from the Center for Working Class Life and the Working Class Studies Association credited the work of ILR Press for bringing the field of working class studies into being.

How did labor and management change during your years at the press?

In so many ways. When I first started working at the ILR School in the 1970s, women were just beginning to enter the workforce in a way that would change the interface between work and home, previously very separate spheres. The decline of the unionized workforce is clearly another big change of the last half century. It’s been exciting to see the recent revival of interest in the potential of unions as the growing inequality in our society has come to the fore.

The composition of the unionized workforce has also changed. In the 1970s, we were still looking mostly at manufacturing. Now, one of the largest “industries” in our country is health care, which explains why I started our series on the culture and politics of health care work with Suzanne Gordon and Sioban Nelson. Of course, the nature of work has changed a great deal, as well. James Chamberlain‘s Undoing Work, Rethinking Community is just one of the new ILR books that reflects how much the thinking around work is changing and must change.

Let me also give you an example of how things haven’t changed. In the early 1980s, the issue of comparable worth was a much-discussed concern.  By 1983, when we published Michael Gold’s A Dialogue on Comparable Worth, I thought the issue was on the wane and the book would no longer be of interest. Was I wrong! Here we are 40 years later and still struggling for women to be paid the equivalent of what men earn for similar work.

Did your editing philosophy and approaches change over the course of your career?

From the start, I really wanted to make the scholarly work being done at universities accessible and meaningful to the general public. I never really lost sight of that intention. But, certainly other things changed. Gradually, the field has become far more interdisciplinary (as evidenced by the numbers of authors who come from fields outside of labor relations) and more international. The emergence and growing importance of the internet, Amazon’s dominance and the decline in the role of bookstores have also had their effect. Perhaps most important, over the years I became less timid about pursuing controversial topics. Also, I confess to being greatly influenced by anthropologists and the power of ethnography.

How are you spending the beginning of your retirement?

My original plan for retirement was to bike across the country, but I think I may have waited too long. While that is no longer a reasonable goal, I take great pleasure in having the time to bike and hike still-challenging distances, playing pickleball to feed my competitive nature, and reading books that already have covers. Given the restrictions imposed by COVID, it’s a good thing that much of what delights me takes place in outdoor spaces. Indoors, I am tending to decades of neglected tasks and continuing to work casually with a few authors whose forthcoming books mean a great deal to me. And when travelling is again an option

I intend to make up for missed opportunities with far-flung friends and relatives here and abroad.