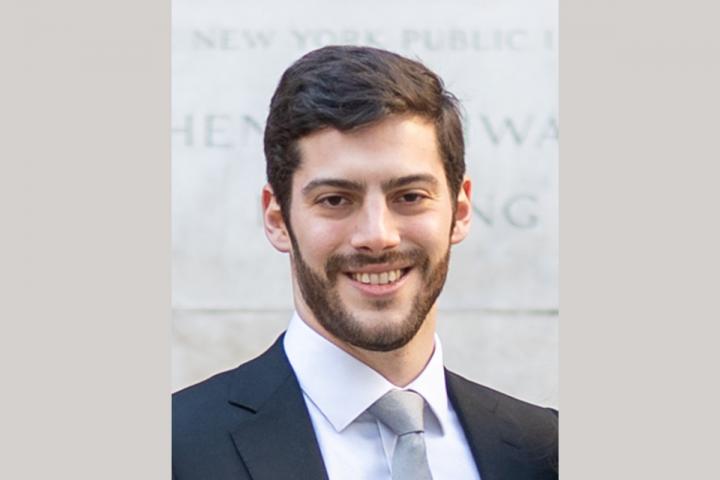 Alex Bores '13 leads the business side of Promise, a start-up that focuses on making the criminal justice system and government payments more humane and cost effective. Previously, he used AI to detect and prevent financial crimes at Merlon Intelligence. Before that, Alex was one of the leads for Palantir's government business, helping the U.S. contain the spread of diseases (pre-COVID-19), serve veterans, calculate accurate economic statistics and close opioid pill mills, among other projects.

He also founded and leads Foresight Partners, a nonprofit that is the largest provider of live, personalized cybersecurity training for political campaigns in the U.S.

Along with his ILR degree, Alex has a master's in computer science from Georgia Tech. He lives in New York City with his wife, whom he met at ILR.

I came into ILR already interested in labor – both my parents are in unions, and I joined my first picket line when I was eight years old. But, ILR helped channel that interest into action.

I learned how to do research with Kate Bronfenbrenner and the Office of Labor Education Research. My freshman year, I joined the Cornell Organization for Labor Action and United Students Against Sweatshops), and we ran a campaign that caused Nike to pay workers $1.54 million in legally mandated severance pay for which they had been shirking responsibility. With professors and fellow students that make actions like that possible, ILR can be an incredibly empowering place.

ILR taught me how to be an organizer! My work now involves aligning many different people and interests in order to help those struggling with government debt. I use the skills I learned in classes and in campus activities every day.

Literally no one knows what the next 75 weeks will look like, let alone the next 75 years. The future of remote work, the gig economy, labor laws, international trade, organizing strategies and technology are all up for grabs. But, ILR is the only school I know of where you can take a course in every one of those topics. So, if anyone is going to figure it out, it will probably be ILRies.