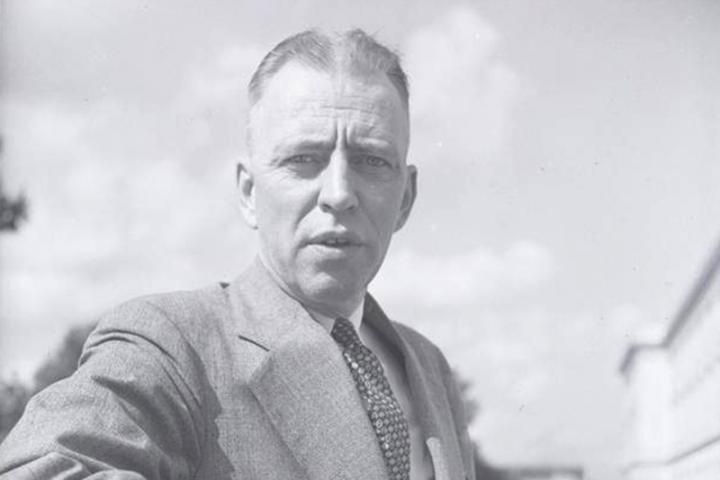 Irving M. Ives, a fixture of the New York State Legislature and the U.S. Senate for nearly 30 years, spent his career championing groundbreaking legislation, the effects of which can still be felt today.

Known as the Father of anti-discrimination Laws, Ives is celebrated for three outstanding legislative achievements – creation of the State Department of Commerce, enactment of the Ives-Quinn Law and the establishment of the state’s School of Industrial and Labor Relations. The Ives-Quinn Law, better known as New York’s Fair Employment Practices Act, was passed in 1945. The first of its kind in the nation, it made racial and religious discrimination illegal in employment, and became the model for similar laws in other states.

When signing the bill into law, Gov. Thomas E. Dewey proclaimed, “For almost a year, the state Commission Against Discrimination, under Irving M. Ives, has worked to bring into the body of our laws the fruits of our experience in this field ... in performing this great task. Mr. Ives' work was in strict conformity with the Declaration of Independence which declares that all men are created equal, and with the Constitution of the United States and of New York state, which are designed to guarantee that equality.”

From 1938 to 1946, Ives headed the powerful joint legislative committee on industrial and labor conditions, through which the ILR School was established. There was no precedent for a higher education institution that would build leaders to bring workers and managers together to solve problems. But, Ives had the vision and worked with political insider William B. Groat, a lawyer from Queens, along with Cornell President Edmund Ezra Day and newspaper publisher Frank Gannett, to make his idea a reality.

There were rough patches along the way. Many in the farming, political and labor communities scoffed at the idea of bringing workers, unions and managers together. Some Cornell trustees were uneasy about the proposed school, which Syracuse University and Union College were fighting to locate on their own campuses. But, in the end, Ives’ proposal was accepted and on March 14, 1944, Dewey made the New York State School of Industrial and Labor Relations official by signing legislation establishing an institution to carry out this mission: “improving Industrial and labor conditions in the State through the provision for instruction on and off the campus, the conduct of research, and the dissemination of all aspects of industrial, labor and public relations affecting employers and employees.”

For Ives, the Cornell campus, already the state’s land grant institute, was the natural fit. Born in nearby Bainbridge, N.Y., Ives was a student at Hamilton College was when he enlisted to fight in World War I. He participated in the Meuse-Argonne and Saint-Mihiel campaigns and was honorably discharged as a first lieutenant of the Infantry at the war's end in 1919. He resumed his studies and obtained a bachelor of arts degree in 1920. Ives began his professional career as a banker, but was elected to the New York State Assembly in 1930. During his time in political office, he was regarded as a vigorous debater and a skillful conciliator and political leader. He was also renowned for his ability as a vote-getter. He was elected speaker of the Assembly and became majority leader of the Assembly in 1937.

Ives announced his retirement from the State Senate in 1945 when he was named the first dean of the ILR School. His tenure was brief. In 1946, when it appeared the Democrats would nominate Gov. Herbert H. Lehman for the U.S. Senate, Ives was recruited to run. A popular candidate due to his work on the Fair Employment Practices Act, Ives became the first Republican to ever earn the support of the State American Federation of Labor and handed Gov. Lehman his first-ever defeat. When Ives ran for re-election against John Cashmore, he defeated the challenger in the largest margin ever obtained by a candidate in the state. He carried all but three of the state’s 62 counties. Two years later, he was selected to succeed Dewey as governor of New York, but lost to Democrat W. Averell Harriman in the closest state election since 1850. It was Ives’ only defeat in his 28-year career.

Ives retired from the Senate in 1958 and died in 1962 after a long illness. When he learned of Ives’ death, Gov. Nelson Rockefeller said, “The passing of Irving M. Ives is indeed sad and marks the end of a career of outstanding service to the people of his state and nation ... He made his influence felt importantly in Writing the nation’s laws ... We have lost a good citizen and a good friend.”