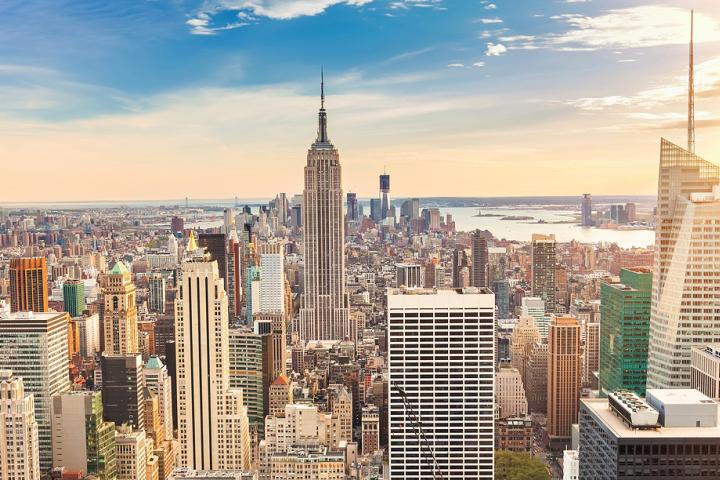 NATIONWIDE — A new report released today by climate and labor experts at Cornell University in collaboration with Climate Jobs NY examines the impact of climate breakdown and the pandemic on NYC workers and frontline communities. The report offers a suite of policy recommendations to build an equitable clean energy economy that tackles climate change and racial and economic inequality.

“Climate for Change: A Climate Jobs Roadmap for New York City,” highlights key recommendations in the energy, transit, and building sectors, with a full suite of recommendations to follow in the coming weeks. Decarbonizing K-12 public school buildings by conducting deep retrofits and installing 1.1 gigawatts of renewable energy plus battery storage by 2030–one of CJNY's priorities, through the Carbon Free and Healthy Schools campaign–is a centerpiece of the report. The coalition is calling for the work to be done under a project labor agreement to ensure investments in carbon-free schools also create high-quality union jobs.

“With a new mayor and almost completely new City Council, NYC has a chance to drive a bold agenda that can lower emissions while creating high-quality jobs and reducing inequity.  Large-scale investments that expand job creation are within reach, especially with billions of dollars in new federal and state funds going to NYC. This report contains practical ways to create wins for workers, frontline communities, and the climate,” says Anita Raman, Research and Policy Development Extension Associate for the Labor Leading on Climate Initiative at the Worker Institute, Cornell ILR School and one of the authors of the report.

Today’s report is an essential update to the 2017 report and lays out a new Climate Jobs Program for New York City in 2022.  The Climate Jobs recommendations in the report present a bold vision for strengthening New York’s economy, tackling climate change, and addressing racial and economic inequality through the creation of high-quality jobs targeted at those who need them most.

“As the 10th largest economy in the world and one of the cities with the largest carbon footprints, New York City has a critical role to play in leading the fight against climate change and for a diverse, inclusive clean energy economy that lifts up all New Yorkers. Climate change, racial injustice, and economic inequality and recovery are not separate issues. These are intersecting crises that require bold goals and effective policies that deliver significant reductions in emissions and pollution, high-quality jobs, and investment in frontline communities that have suffered most from environmental injustices and historic inequities. This report outlines a set of high-impact jobs and workforce development strategies that can deliver on New York City’s important climate, equity and jobs goals,” says Lara Skinner, Director, Labor Leading on Climate Initiative, at the Worker Institute, Cornell ILR School and one of the authors of the report.

View a summary of the report’s recommendations and the full report online here.