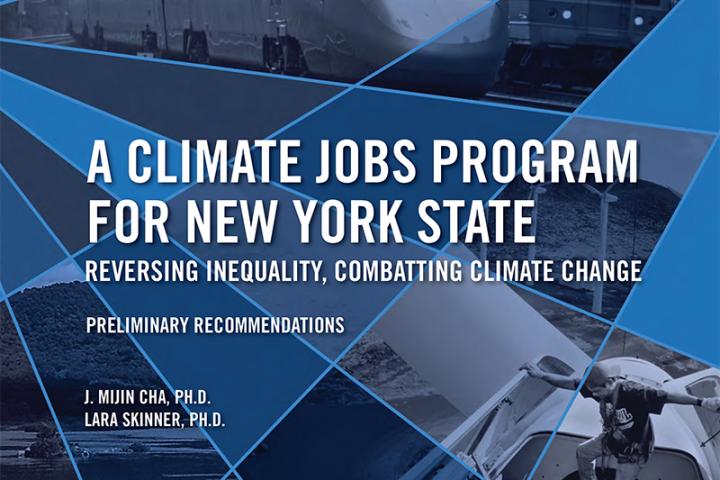 Combating climate change can lead to job creation, according to a report by The Worker Institute at Cornell.

The report from this initiative was co-written by Lara Skinner, research associate and educator at the Global Labor Institute, and J. Mijin Cha, a Worker Institute fellow.

“New York State can and should act now to protect New Yorkers from the worst impacts of climate change while also addressing growing economic inequality,” the report states.

“By adopting a Climate Jobs agenda, New York will lead the country and chart the way to a low-carbon, equitable economy.”