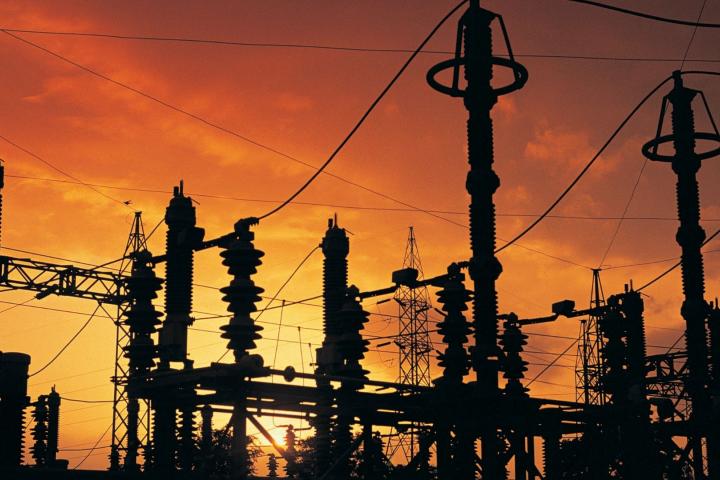 Since 1890, the International Brotherhood of Electrical Workers (IBEW) has responded to the U.S. and Canada’s electricity needs, striving to provide high-quality power generation and electrical service under safe and fair working conditions. Established at a time when 1 out of 2 “line” workers were killed on the job, members of the IBEW helped string the nation’s first telegraph and telephone lines, construct and operate power plants that provide electricity for our homes, businesses and factories, develop and maintain the nation’s electricity transmission grid, and manufacture a wide variety of products that include electric motors and generators, light fixtures, all types of household appliances, broadcasting and entertainment equipment, telecommunications equipment, and scientific and medical equipment. The IBEW has played a leading role in developing safety standards for the electrical industry and developing a world-class four to six-year training apprenticeship program that produces highly-skilled tradespeople to meet the nation’s current and future energy needs.

Climate change presents a number of major challenges and opportunities for the electrical industry and its workers. According to the world’s leading scientists, avoiding the worst impacts of climate change – droughts, fires, floods, superstorms, food shortages and more, all catastrophes that hurt working people first and worst – requires a drastic reduction in greenhouse gas pollution and a major transformation of our electrical system to low-carbon,
renewables-based energy sources.

The IBEW is committed to meeting the nation’s current and future energy needs and has developed leading training programs on solar, wind, energy efficiency, electric vehicles and battery storage to prepare its members for a 21st century electrical system that addresses climate change. The National Joint Electrical Training ALLIANCE, a partnership between the IBEW and its industry partner NECA, has created a nationwide network of hundreds of privately-funded state-of-the-art training facilities that produce thousands of highly-skilled workers who are ready to meet the nation’s solar, wind, energy efficiency, storage and other future electrical needs. Many of these renewable energy programs have been around for more than three decades. In the 2019 State of the State Address, in response to the climate crisis, NYS Governor Cuomo announced that NYS would accelerate its transition to a renewables-based energy economy by procuring 100% carbon-free power by 2040, 70% renewable electricity by 2030, 9 GW of offshore wind by 2035, 6 GW of solar by 2025, and 3 GW of energy storage by 2030. As NYS moves forward with these efforts to respond to climate change, it is imperative that New York State implement and fund a proactive, comprehensive and bold “just transition” plan that protects and supports the workers and the communities that will be significantly impacted by this shift. In addition, the New York legislature recently passed, and Governor Cuomo is expected to sign legislation aimed to reduce greenhouse gases 85% by 2030, as well as codifying the Governor's goal of 70% renewable energy by 2030 and 100% carbon free by 2040.

Currently, there are approximately 14,000 workers directly employed in New York State’s power plants and oil and gas construction, distribution and operations infrastructure. These workers are employed at NYS utilities and plants in occupations such as; linemen, groundmen, equipment operators, boiler operators, I & C techs, maintenance mechanics, electricians, welders, control room operators, and dispatchers, meter installers, meter readers, field reps, clerical workers, cable splicers, substation electricians, warehousemen, communications techs, fleet servicemen, and relay technicians. In reality, there are over 130 natural gas, coal and oil power plants spread across New York. As of 2017, 9/10’s of NYS’s net electricity generation came from natural gas, nuclear power and hydroelectricity, and 88% of NYS’s greenhouse gas emissions from the electrical sector come from natural gas. In short, it will be a major feat - with many labor, employment and community impacts - to transition NY from its current energy composition to a carbon free electrical grid.

Too often, plants shut down with short-notice, leaving workers without their jobs and communities with far less tax revenue for their local budget. The closure of one plant can devastate a local economy, negatively impacting teachers, schools, firefighters, police officers, sanitation and other public sector works who depend on the tax income of these power plants. For example, the closure of Indian Point will reduce the Hendrick Hudson School District tax revenue by 30%.

Unlike some European countries that have social safety nets, workers in the U.S. depend on their employment for health care, retirement and other benefits. For unionized workers, who have fought hard to secure good working conditions, including fair wages, excellent health care coverage for their families, retirement pensions, and careerlong training opportunities, job loss is particularly painful. When union workers lose their jobs, it also jeopardizes the health and pension benefit fund for all members of the union, including retired members, because currently employed members fund those programs.

While the U.S. has tried to implement “just transition” programs in the past, none of these programs have sufficiently addressed the breadth and depth of the devastation that workers and communities experience when their jobs and industries disappear. The GI Bill, Trade Adjustment Assistance (for the steel and other manufacturing industries), and the Redwood Forest Assistance program (for loggers and logging communities) are the main examples of federal programs that have been created in the past to protect and support workers and communities during times of major economic decline and upheaval. Numerous reviews of these programs have shown that these programs did not reach all or even a vast majority of the workers who were displaced; provide an adequate level of long-term support for displaced workers; or proactively or comprehensively address communities need for a coordinated, well-funded and long-term alternative economic development plan and model. Insufficient inclusion of and engagement with the workers and community members who are most affected by the transition underlies the deficiency of many of these programs.

The shortcomings of past “just transition” programs center around three main issues. One, there must be new, wellpaid jobs in the local region for displaced workers to transition to for “just transition” to work. For example, when trade liberalization and automation caused a significant decline in the U.S. steel industry, the U.S. federal government set up the Trade Adjustment Assistance program. While this program provided training support for displaced workers, most workers reported that they were not able to find jobs that paid as well as the jobs they had lost in the steel industry.

It’s also important to keep in mind that the local economy of a region is often based around a particular plant or industry, so when the plant or industry shutdown, it has major negative economic and social impacts on the whole region. This means that not only are the workers who are directly employed in the impacted plant or industry displaced, other workers in the region may be displaced, too, resulting in an expanded number of workers looking for new jobs. For example, when the Huntley coal plant closed in Western NY, the loss of tax revenue from the plant caused three local schools to close. These closures harmed the local education system and caused job loss for the many community members who worked in the schools.

For a copy of the full report, please visit here.