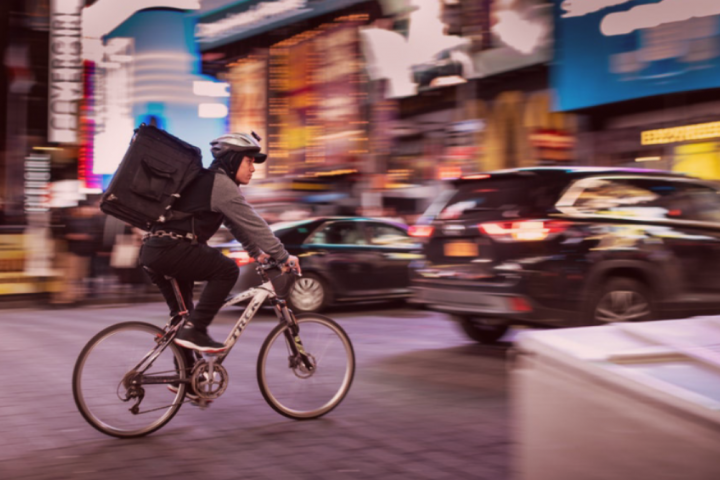 Albany, NY - A new report, written by the Worker Institute at Cornell University’s ILR School and underwritten by the New York State AFL-CIO, finds that New York’s regulatory structure does not provide the necessary level of oversight to curb abuse in the on-demand or “gig” economy.

The report examines the experiences of on-demand workers who obtain work through online platforms, commonly known as “apps.” These workers include accountants, architects, janitors, and administrative support workers, ride share drivers, food delivery workers and many more in New York state. Data was gathered through survey responses from nearly 200 workers along with one-on-one interviews.

The report finds that the current structure for enforcing labor standards is complex and confusing and leads to abuse by allowing employers to define work to avoid a determination of “employee” status. The Worker Institute’s survey, as well as documents obtained through litigation, show that workers are subject to employer control over pay, safety, access to information, performance monitoring and evaluation, and discipline and discharge.

Workers revealed feeling pressured to ignore harassment to maintain high ratings while others found out simply by logging onto their platform that they no longer had a job without any explanation.

“This landmark research paints an even bleaker picture than we feared,” said Mario Cilento, president of the New York State AFL-CIO. “We have a class of workers in New York state who are being denied basic rights that most other workers have. This is a turning point in our changing economy that reeks of early 20th century working conditions of low wages and discrimination. We will work with the governor and legislature to ensure New York state leads the nation to enact public policy to protect these workers before the exploitation intensifies.”

Research findings include that these workers experience low and unstable earnings, lack of benefits and often require relying on second or third jobs and various types of public aid. They are exposed to a range of health and safety hazards, most of which are uncompensated. On-demand platform workers suffer from evaluations based primarily on consumer ratings of workers’ performance, with no recourse for workers to appeal disciplinary actions.

”While many have celebrated these jobs as a ‘more flexible’ harbinger of the ‘future of work,’ the conditions faced by these workers echo conditions of workers from the past century,” says Professor Ileen A. Devault, academic director of The Worker Institute. “Affording them the rights other workers in the state now enjoy will prevent the problems identified in the study from becoming even worse.”

The Cornell University ILR School is the leading college of the applied social sciences focusing on work, employment, and labor policy issues and practices of national and international significance. Through teaching, research and outreach as a NYS land-grant college, ILR generates and disseminates knowledge to solve human problems, manage and resolve conflict, establish best practices in the workplace and inform government policy. ILR's mission is to prepare leaders, inform national and international employment and labor policy, and improve working lives. The school offers undergraduate and graduate education, as well as career-long learning for professionals.

The New York State AFL-CIO is a federation of 3,000 unions, representing 2.5 million members, retirees and their families with one goal; to raise the standard of living and quality of life of all working people. We keep New York State Union Strong by fighting for better wages, better benefits and better working conditions. For more information on the Labor Movement in New York, visit www.nysaflcio.org.