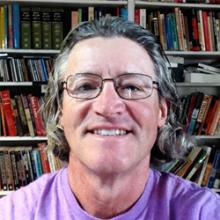 Alex Blair Earned a PhD in U.S. history from the University at Buffalo in 1993.  He has taught U.S. history at Buffalo State College since 2007, specializing in labor history, immigration, and America in the Twentieth Century.  He also works as an historian consultant with a number of unions including the Teamsters, the CWA, the UAW, and New York State united Teachers.  Prior to joining the faculty at Buffalo State, Blair worked at Cornell University ILR in the Buffalo Extension Division from 1987 to 2002.  He also worked as co-host and executive producer of the weekly syndicated radio show "Prospering in America."  Most recently he has published a book on the Teamsters and the civil rights movement and an article on Labor and the political left in Buffalo, New York.