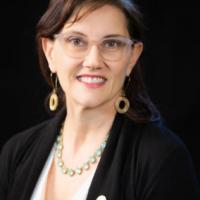 Beverley Brakeman was elected director of UAW Region 9A at the 37th Constitutional Convention in June 2018.

Previously she was the Region 9A Assistant Director.

Brakeman, a member of UAW Local 376 in Connecticut, began her work with UAW under the direction of then-UAW Region 9A Director Phil Wheeler. She was hired to run Citizens for Economic Opportunity (CEO), a coalition started by the UAW comprised of community, labor, faith-based and other allied groups with an interest in challenging corporate power and accountability.

Under Brakeman’s leadership, CEO fought for universal healthcare and corporate transparency and accountability. In the early 2000s when states were fighting for better laws and policies to increase health care coverage for all, Brakeman started and led Labor for Universal Healthcare. This group fought in the legislature, in corporate boardrooms, on the streets and even in police vans against insurance company excessive CEO pay and profits.

Prior to coming on staff in 2008, Beverley worked as a temporary organizer on the successful drive to organize Foxwoods Casino dealers. She attended the Organizing Institute and worked with the Foxwoods team to build community and political support for the dealers. That year she also ran and won a campaign for her State Senator.

In 2008, as Region 9A’s Community Action Program representative, Brakeman put her skills as a community organizer and activist, lobbyist and political campaign manager to good use building the region’s political and legislative arm. One of her first successes was to lead an effort by the newly organized Foxwoods dealers to end smoking in their casinos.

Brakeman brings to the UAW a breadth of experience and knowledge about other movements as a veteran of the violence against women, universal healthcare and marriage equality movements. Having run a rape crisis center, helped pass marriage equality and smoking ban in casinos legislation, and helped to lead a class action lawsuit against the State of CT on behalf of female Corrections Officers being sexually harassed, Brakeman found the labor movement to be a natural extension of her coalition work and commitment to social justice, improving working people’s lives and addressing wealth and power inequalities in society.

Brakeman lives in West Hartford, Connecticut and has two daughters, Gillian and Izzy.