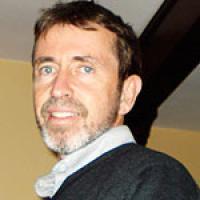 Al Davidoff is the Director of Organizational and Leadership Development at the Solidarity Center, the US labor movement's global arm, with 280 staff in over 60 countries. He began his more than thirty years in the labor movement as a student activist at the ILR School, serving as President of the Student Government and an activist in the anti-apartheid movement.

Al worked as a Cornell custodian while at the ILR School, and during that time became active in the United Auto Worker's (UAW) organizing drive that led to the creation of Local 2300 UAW. He was elected President of the new local where he led negotiations. He also assisted in organizing many other workplaces, and in the creation of the Midstate Central Labor Council. Al was elected President of the UAW's National Academic Council, representing all members working in colleges and universities.

In the mid-90s, Al served as the National AFL-CIO's Director for New York State, leading the process to reorganize and revitalize more than 30 New York labor councils. He then became 1199SEIU's Organizing Director for Upstate NY, and an elected 1199 Vice President representing thousands of health care workers.

In 2009 he left his long-time Upstate New York home to coordinate leadership development work at American Federation of Teachers (AFT), and served as Chief of Staff at AFT for two years before being asked to head up the AFL-CIO's leadership and organizational development initiative. With Jeff Grabelsky, Al co-created the Worker Institute's signature National Labor Leadership Initiative.