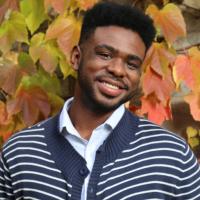 As a competitor on the most successful Speech Team in history at Bradley University. Brandon Jo'el was a member of the National Championship Speech at both the 2012 AFA and NFA national tournaments. As an individual competitor he was a state finalist and reached elimination rounds at both the AFA and NFA national tournaments. After competing, he completed his master's in Rhetoric-Public Advocacy at Hofstra University where he was the Graduate Assistant Coach of their nationally ranked Speech and Debate team. After competing and consulting in public speaking for nearly a decade, Brandon is excited to grow the Cornell Speech Team.