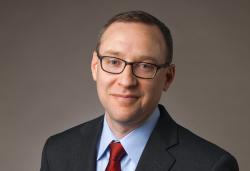 Kevin is Dean of the Cornell SC Johnson College of Business and Professor of Strategy and Business Economics. He is also the Joseph R. Rich Professor of Economics and Human Resource Studies in the ILR School at Cornell University. Previous Cornell positions include the Kenneth F. Kahn Dean of the ILR School, the Chair of the Financial Policy Committee, the Donald C. Opatrny Chair of the University-Wide Department of Economics, and founding Director of the Institute for Compensation Studies. He has been at Cornell since 2005.

He is also a Research Associate at the National Bureau of Economic Research. In 2013, he was elected a Fellow of the National Academy of Human Resources.

His current research is focused on labor markets, executive compensation, and the plan design and mix of employee compensation. His most recent book, Pay, was published by Cambridge University Press and received the Princeton University Richard A. Lester Prize.

Kevin’s work has covered a variety of topics including executive compensation, compensation design, discrimination, compensation of persons with disabilities, strikes, the gender gap, job loss, the link between labor and financial markets, the valuation of employee stock options, compensation of leaders of for-profits, nonprofits and labor unions, retirement, and quantile regression. He has been published in a variety of outlets including the American Economic Review, the Journal of Corporate Finance, the Journal of Labor Economics, the Journal of Financial and Quantitative Analysis, the Journal of Public Economics, the Industrial and Labor Relations Review, Industrial Relations, the Journal of Economic Perspectives, and Research in Personnel and Human Resources Management. He has co-edited four volumes on Labor Economics and two volumes on Executive Compensation. Funding for his research has come from various sources, including the American Compensation Association, the National Bureau of Economic Research, the U.S. Department of Labor, the U.S. Department of Education and the Alfred P. Sloan Foundation. He is the recipient of the Albert Reese Award for the Best Dissertation in Labor Economics from the Industrial Relations Section at Princeton University and the John Dunlop Outstanding Young Scholar Award from the Labor and Employment Relations Association.

He previously served as Associate Editor of the Journal of Labor Economics and Economics Bulletin. He is currently on the editorial board of the Industrial and Labor Relations Review and is on the advisory boards of the Journal of People and Organizational Effectiveness and Compensation and Benefits Review.