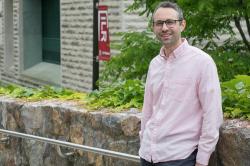 In the largest human migration in history, around 300 million people in China have left the countryside to find work in the cities and try to improve their lives. After relocating, rural migrants face many problems, starting with inequalities in the workplace.

“The Chinese government has been unable to politically incorporate workers,” said Eli Friedman, an ILR associate professor of international and comparative labor known internationally known for his contributions to the understanding of labor in China. “Even though the government has acknowledged the high levels of inequality that have emerged as China moves toward a more capitalist economy and have passed a series of laws that seem to favor workers, when you get down to the level of the workplace, there are major problems of non-enforcement.”

One of the big problems for workers, according to Friedman, is that China only has one trade union—the All-China Federation of Trade Unions (ACFTU), which is tightly controlled by the communist party. The union acts more as a government agency than as a representative for workers. “The ACFTU doesn’t do its job enforcing worker rights,” he said. “It’s controlled by local government interests, oftentimes by employers, too. So the only option left to workers is to protest.” Thousands of wildcat strikes sweep through Chinese cities each year. Public protests on the streets, even riots and violence, have become commonplace as workers struggle to have their grievances heard and addressed.

In an ironic twist, the government doesn’t want to give the workers more power because of fears that more organized workers could overthrow the government, Friedman said. “The communist party is very aware of its own history and knows that organized workers can be very politically powerful,” he said. “Unfortunately, I think they’re learning the wrong lessons from their own past, and in the meantime the rights of hundreds of millions of workers are not adequately enforced.”

Friedman was drawn to China as an undergraduate studying history. After a trip there in 1999, he was hooked. “I found China unbelievably different from anything I’d ever known,” he says. “It raised profound questions for me about the nature of human society. It was perplexing but really captured my curiosity.” Around the same time, Friedman was also developing an interest in social justice activism. In 2002, during another trip to China, his two interests merged. “I realized that the big story in globalization was the rise of China,” he said. “And while I was living there, I struck up friendships with some of the rural migrant workers. I learned what their lives were like and realized that they were the ones powering China’s industrialization. They encountered all kinds of social problems—exploitation in the workplace, discrimination in urban society—and that really motivated me to study the situation.”

While researching the workplace situation for migrant workers in China’s largest cities, those with populations over 5 million, Friedman learned of another pressing migrant problem: the educational discrimination faced by their children. “I found workers were just as concerned about what was happening outside the workplace, and the biggest problem was getting their children into schools,” he said. “In general, children of migrants are not guaranteed access to public education.”

China guarantees public services for those living where they are officially registered. For people born in the countryside, that means they must stay in their home areas to receive services. If they migrate to cities, where the economic opportunities are, generally they are unable to transfer their residency, which means their children cannot go to public school. “In China, the public schools are the good schools and the private schools are the bad ones,” Friedman said. “For people excluded from public schools, there is a shadow education system—private schools that receive little or no money from the government. They are totally dependent on tuition, but they serve a poor population so they operate under unbelievably tight financial constraints.”

The system hurts those who need help the most. “It’s the inversion of the idea of a welfare state,” Friedman said. “Instead of trying to assist people who are not doing so well based on the conditions they’re born into, you see in these big Chinese cities that the more money and personal connections you have, the more likely you are to be able to access the public resource of education. The setup funnels these resources to the people who need them the least.”

Friedman’s research into Chinese state-labor relations resulted in a book, “Insurgency Trap: Labor Politics in Postsocialist China,” published in 2014 by Cornell Press. Since then, the Chinese government has become increasingly repressive, stifling any criticism of its policies. “It’s not an optimistic situation,” he said. The book is banned in China. Even so, Chinese scholars and labor leaders, as well as Western ones, are aware of his research and his conclusions.

Kevin Lin, China program officer at the International Labor Rights Forum in Washington, D.C., who has attended academic conferences with Friedman, sees Friedman’s work as timely and important on multiple levels. “Eli’s research has had a significant impact on the way labor scholars in China and in the U.S. and Europe think about state-labor relations,” Lin said. “His work is widely read and discussed among labor activists in China and beyond. It’s grounded and original research that’s extremely valuable in helping the West to understand the fast-changing labor relations and state-society in China.”

Lin also points out that Friedman is known for his non-academic writing in opinion pieces. “Eli reaches a large audience outside the academic community, too,” he says. “In this way, he exemplifies the best of a public intellectual who not only conducts original research that contributes to our knowledge, but also uses this knowledge to benefit the community and the public.” Friedman’s published research includes articles such as “Just-in-Time Urbanization” published by “Critical Sociology.”

Earlier this year, Friedman established the world’s only independent China-focused labor collection. Box after box of activist pamphlets and posters, and other pieces, are available to the public at ILR’s Kheel Center, part of Cornell University Library. He also organized a symposium, The Jasic Conflagration: Assessing the State of Labor Politics in China.

Translating Chinese events for Western audiences is an essential, practical role for Friedman. “A lot of people in the U.S. understand that China is important, but it’s hard for them to wrap their minds around what’s going on there and how we should relate to it,” he said. Friedman’s work has been cited in a report from the Congressional-Executive Committee on China in Washington D.C., and he recently attended a forum in Sweden for European universities tackling their response to China’s crackdown on academic freedom. One of his favorite ways to educate about the current Chinese situation and, specifically, labor-state relations, is to teach the “Work and Labor in China” class at Cornell.

“I really enjoy being able to draw on my research experience in teaching that class and to bring to students cutting-edge research and information about what’s happening there,” Friedman said. “And I always have some Chinese students from the People’s Republic of China in the class. I teach a class they cannot take anywhere in China. They are exposed to perspectives they wouldn’t be exposed to otherwise. It’s a really critical part of what I do.”

Learn more about Friedman’s work by following him on Twitter @EliDFriedman.