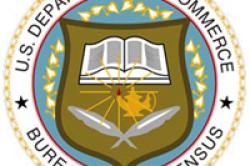 ILR's Labor Dynamics Institute, in collaboration with the Cornell Institute of Social and Economic Research, is one of eight recipients of more than $20 million in federal interdisciplinary research grants.

Work funded by the grants is aimed at finding new ways to unlock social, behavioral and economic data collected through the U.S. Census Bureau, according to the National Science Foundation and the Census Bureau.

Cornell will receive $2,999,614 during the next five years through the award, made by the National Science Foundation-Census Research Network to establish research nodes where scholars can work intensively on problems that confront national statistical agencies. The research network is intended to foster long-term collaborations between university-based research teams and the statistical agencies, led by the Census Bureau.

The executive director is Senior Research Associate Lars Vilhuber of the Cornell Department of Economics. Vilhuber is an economist.

Work under the grant will "bridge public and confidential knowledge repositories, allowing social scientists better access to the information on labor markets already collected by the Census Bureau," Abowd and Vilhuber said.

Graduate students from economics, statistics, information science and other social sciences will also be part of the Cornell team.

The initial focus of the grant, Abowd said, will be to develop methods to curate labor market data so that in 100 years, "somebody looking back can still make sense of it."

"Curation of these data resources is a real problem for our statistical agencies. Data documentation experts like Block and Kramer will be critical for our efforts," Abowd said.

Block, referring to the grant, said, "This is a big win for Cornell's social science community, in that Cornell graduate students will be learning cutting-edge approaches to large-scale data and documentation problems."

"Over time, having these skills on campus should benefit other data-intensive Cornell projects and provide students with an edge in the job market," said Block, who is a leader in an international effort to improve the documentation of social science data.

Block added, "The Census Bureau and National Science Foundation recognize the critical importance of improved documentation to enable researchers to understand what is available to them in the raw data files and to spark their research imaginations."

"This grant is a validation of the work CISER has been performing since its inception 30 years ago, and will yield dividends to any social science researcher working with large complex data files," he said.

The nodes established by the grants will conduct long-term, interdisciplinary, methodological research and educational activities on issues relevant for the production of data and related statistics, Block said.

In addition to generating new research methods, advanced practices and procedures, the nodes will relate basic research findings to the core missions of the federal statistical system. These missions include collecting data that serve the public interest through censuses, surveys and administrative records while respecting the privacy of individual citizens and businesses.

The new grant complements other established projects at the Labor Dynamics Institute's Virtual Research Data Center at Cornell. They include Synthetic Data Server providing researchers early access to new census data and the Social Science Gateway to TeraGrid, which allows researchers to perform preparatory data and analysis work prior to harnessing the computational power of national supercomputing resources.