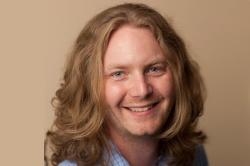 Matteson, on the faculties of the ILR School and Cornell Computing and Information Science, said the award will support data science research in financial markets, economics, neuroscience, social media, astronomy and statistics.

“This includes detecting fraudulent financial transactions, forecasting massive panels of economic variables, spatio-temporal analysis of brain activity, and collaborations with Google and Twitter,” he said in an interview.

Known as CAREER, the award supports “junior faculty who exemplify the role of teacher-scholars through outstanding research, excellent education and the integration of education and research,” according to the National Science Foundation.

Through the award, Matteson will also engage with student researchers, develop new software and curricula, design a new course on high dimensional predictive analytics and host a workshop for scholars involved in similar or related work.

The increasing amount of “big data” generated by medical devices, energy systems and other sources has prompted an immediate need for new analytical methods that can be applied across a wide range of fields, he said.

Matteson said he was thrilled to learn of his award. “I also felt very grateful to my many student collaborators and faculty mentors who have shaped my professional development and enriched my career.”